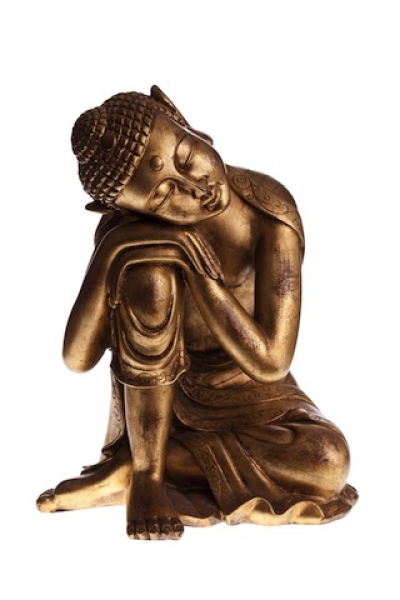 The role of religion regarding pro and anti-social attitudes is indeed paradoxical: religion may foster both prosociality and prejudice. Think for instance of Mother Teresa who helped the poorest and, in contrast, to the Crusade or the terrorist attack perpetrated on September 11. On one hand, religiosity is related to benevolence whereas religious priming (the exposure to religious concepts) is known to activate prosocial concepts and behaviors. However, on the other hand, systematic research has also established that religiousness predicts prejudice toward outgroups and people who are perceived to threaten one’s religious values. This is the case with people of other race, ethnicity, and religion, as well as atheists, homosexuals or single mothers. Priming experiments have also shown that exposure to religious concepts increases various negative attitudes including intergroup prejudice.

Nevertheless, the above knowledge is based on studies carried out essentially among Christians from North America and Europe. Surprisingly enough, it is unknown whether the above knowledge generalizes to people belonging to major East Asian religions and cultures, i.e. Buddhists, Taoists, and Folk believers living in Asian countries. Philosophers, religious scholars, and cultural psychologists have argued that Eastern religions, especially Buddhism and Taoism, may escape the temptation of monotheistic religions to tend toward dogmatism, rigidity, and the subsequent intolerance and prejudice. Contrary to Christian religiosity, for instance, East Asian religiosity is not related to closed-minded attitudes or ideologies such as the need for cognitive closure (the need to have firm answer to questions, to avoid doubts) or to the need for control (the need to control one’s environment, to avoid any surprise). Furthermore, East Asian religions easily tolerate contradictory ideologies and strongly emphasize compassion as well as harmony between all life forms. The aim of our studies was thus to investigate the role of religiousness, as an individual disposition, and religion, as a set of beliefs, symbols, and practices, on pro- and anti-social attitudes and behaviors in East Asian cultural and religious contexts. Given the great emphasis on compassion, tolerance of contradictory elements, and interdependence in East Asian religious and cultural contexts, we hypothesized that Eastern religiousness should relate mostly to prosociality and tolerance (or low prejudice) compared to West-originated Christianity. Second, we hypothesized that, across cultural contexts, the priming of East Asian religious concepts will increase prosocial behaviors and decrease prejudice.

The recent studies addressing this question were divided into two different parts addressing related issues. First, we investigated the relationships of religiosity with prosociality and prejudice against various targets (religious, ethnic, and moral outgroups) in East Asian religious and cultural contexts (Studies 1, 2, and 3). Second, we analyzed, through priming methodologies, the effects of East Asian religious concepts on prosociality and prejudice against various targets (Study 4). The data were collected both in Europe (mainly Belgium) and in East Asia (mainly Taiwan). Furthermore, we conducted studies using questionnaires but also collected data in the lab using subliminal priming methodologies (the exposure to specific concepts beyond the conscious awareness of participants) as well as implicit measures of prejudice (measuring prejudice without the conscious control of participants).

Regarding the fourth Study, we invited the participants (Belgian students) to complete a computer task designed to measure prejudice against the Flemish (without any conscious control), as well as a questionnaire and a measure of sharing of hypothetical gains, in a lab decorated or not with Buddhist pictures (i.e. Statue of Buddha). When participants completed the measures in a lab with Buddhist pictures, they were more prone to share gains with other people. Furthermore, in the Buddhist condition, participants who strongly value universalism (i.e. care for social justice, equality, environment) reported less prejudiced attitudes against Flemish than in the control condition (no picture on the walls). Other recent priming experiments conducted by our lab team since then have confirmed these results across different cultural contexts (both in Belgium and East Asia).

Across ten studies, we demonstrated that the paradoxical relationship between religion and both prosociality and prejudice is not universal. We consistently found that East Asian religiosity (including Buddhism) and Buddhist concepts promote not only prosociality, as is the case in Western Christian contexts, but also tolerance (low prejudice) toward ethnic and religious outgroups, contrary to what was found in Western Christian contexts. Since then, our lab team has conducted several other correlational as well as priming studies and not only replicated the effects in various cultural contexts but also highlighted a potential explanatory mechanism. Contrary to Christian religiosity, East Asian religiosity as well as Buddhist religious concepts reflects higher tolerance of contradiction which in turn fosters tolerance.

This body of studies showed replicated and consistent results using diverse methodology. Across the four studies presented, we (1) used both implicit and explicit measures of prejudice (either under or below the conscious control of participants), (2) measured prejudice against a variety of outgroups (ethnic, religious, convictional, and moral), and (3) used both correlational and experimental designs. Nevertheless, these studies are subject to several limitations. First, results showed that East Asian religious tolerance is not unlimited and does not extend to atheists. Atheists seem to be a universal target of religious prejudice, probably because they represent the strongest outgroup for believers. Second, regarding prejudice against homosexuals, the results were more complex but allow us to conclude that homosexuals constitute a less prejudiced outgroup in the context of East Asian religions compared with Christianity. Third, we only included one Western (i.e. Belgium) and three East Asian countries in our studies in which Buddhism or East Asian religions are not involved incurrent situations of conflict (see Myanmar). Finally, the mechanisms explaining this difference between Christian and Buddhist religions remains unexplored and should be further investigated to fully understand the observed relationships. For instance, we think that the role of underlying emotions may be another promising pathway in addition to the relative tolerance of contradictions.

To conclude, these findings may not help us solve our community problems but will likely allow us to better understand the sulfurous relationship between religion and prejudice. Since this relationship is not universal and constant across religions, we must not take as a fatality the fact that religious affiliation necessarily leads to prejudiced attitudes against other religious or ethnic groups. These results do not provide us with a ranking of the “best” religions but rather offer an opportunity to better understand how specific religious beliefs (i.e. Buddhism) lead to tolerance toward outgroups and which elements may be transposed to other religious contexts in order to avoid prejudiced attitudes.