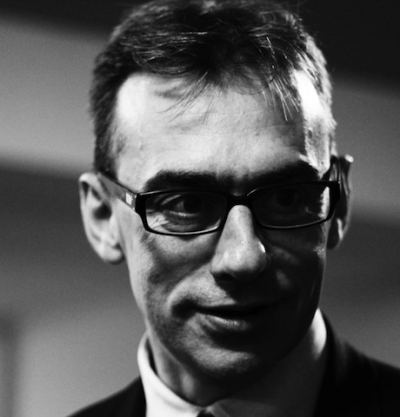 In the modern age, staunch atheists and, even worse, confused and misleading theologians have severed the link between humanity, the Church and the Creator: hence the mutation of human failures into systemic misbehavior. Joseph Ratzinger was defined by what he saw as the spreading of Marxism in German faculties of theology after the Second Vatican Council. The Bavarian professor of theology came to believe that the theological departure from the orthodox doctrine of the faith was responsible for the ecclesial chaos and conflicts he observed over the 1960s and the 1970s. A polluted theology and a God-free philosophy produced anarchy: this went well beyond ordinary human failures; here, the future Benedict XVI discerned a clear cause-effect pattern, one worth a life spent in restoring the vanquished order.

His powerful intimate vocation to rise as the chief authentic interpreter of a centralized Catholic core of power and doctrine, propelled him towards the greatest achievement: he set himself up to be acclaimed by Catholics worldwide as the greatest theologian of his time, and as the most powerful Catholic cleric. Since 1981, when John Paul II entrusted him with the mission to enforce orthodoxy, Joseph Ratzinger has inspired the Church, to stand firmly against the post modern, secular and relativistic age, within the ecclesial community and outside. Having secured his image as the living encapsulation of doctrinal firmness, he was acclaimed by the faithful as the embodiment of service, as opposed to power; of love, as opposed to confrontation; and of reconciliation, as opposed to conflict.

The guardian of Catholic orthodoxy, he could stand for the rational against the irrational, for faith against despair, for belief against illusion. In this, Joseph Ratzinger emerged as the strong religious leader of a new kind. John Paul II’s physical strength, only emphasized by the last years’ decline, was the metaphor of his spiritual resolve. In Benedict XVI, the oldest man to be elected pope since 1730, the mixture of softness and hardness, of weakness and strength was inextricable, and so deeply post-modern. Indeed, strength was crucial in the announcement before the Consistory on 11 February 2013, as the Pope admitted that in the last few months ‘strength of mind and body’ have ‘deteriorated in me to the extent that I have had to recognize my incapacity to adequately fulfill the ministry entrusted to me.’

In the post-modern age, of course, stepping down is not about diminishing the leadership. The cult of Joseph Ratzinger’s personality will rise to an unprecedented height, in the final days of pontificate, and after, when the former Pope, as he has announced, will ‘devotedly serve the Holy Church of God (…) through a life dedicated to prayer.’ Stepping down is not about relinquishing control either. For how self-restrained, and silent, he will be there. Despite the isolation of his retreat in the Pontifical residence of Castelgandolfo, and then in the territory of Vatican City, he will be there.

The post-modern age will impose contradiction. Canon law leaves no doubt that there is only one pope at a time, but the Church will experience the substantial cohabitation of two popes. Theology explains that the Pontifical status adds nothing to the episcopal ordination, so Joseph Ratzinger will break no rule in reverting back to his previous non-pontifical position, but the Church will experience Ratzinger’s papacy as an indelible factor, and even more so after his resignation. Benedict XVI’s choice is not meant to alter the divine law command on the supremacy of the Pope; and yet Catholics will experience deep division on the constitution of the Church: some will feel that this tremendous novelty needs to be met by a renewed effort to preserve traditions and establish control; others will call for more departures, and more change.

On 11 February 2013, Benedict XVI read his announcement in Latin, which only increased the puzzlement of the cardinals who felt not just surprised, but also unclear about what was exactly said. The bewilderment prompted by Latin, this symbol of tradition, is highly symbolic of the uncertainty ahead. Under the cloak of harmony between continuity and reform, huge tensions await the Catholic Church. No certainty is granted on the outcome of one’s choice: especially not for a Pope so deeply immersed in the post-modern age. Since his interview in 2010 with Peter Seewald that was published as Licht der Welt, the Pope has anticipated this decision often, and yet the announcement caught world by surprise. By stepping down, Joseph Ratzinger is highlighting the absolute importance of the Papacy, a ministry that now more than ever needs strength. By outliving his office, he is giving the Papacy an unprecedented emphasis. But the opposite will also hold truth: the champion of continuity, Benedict XVI will be remembered for this dramatic departure. The theologian who held relativism as the worst foe of the Church will be the Pope who relativized the papacy.