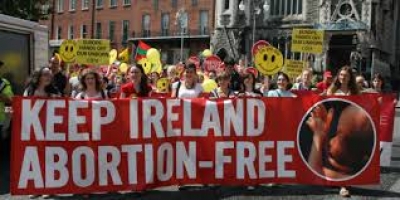 While Ireland remains a predominantly Catholic society, in recent years the Church has experienced a notable erosion in its authority and power. At the same time, other faiths are growing, and the number of atheists and agnostics is increasing steadily.

Ireland is a majority Catholic society. According to the 2011 census, about 84 per cent of the population self-identify as Roman Catholic. At the same time, the Irish religious landscape exhibits considerable diversity. The Orthodox, Hindu, and Pentecostal faiths are the country’s three fastest growing non-Catholic religious traditions. The number of atheists and agnostics has grown by about 320 and 130 per cent respectively in the 2006-2011 span (All-Island Research Observatory (AIRO), PDR Table 35: Percentage and Actual Change in Population by Sex, Religion, Census Year, and Statistic).

While the society is predominately Catholic, it is also true to say that in recent decades the Catholic Church in Ireland has experienced a notable erosion in its authority and power.

Church attendance levels, an important indicator of the Catholicity of the society, have declined from very high levels. In the 1980s, social survey data reported weekly Mass attendance at around 82 per cent. Today, 30 years later, the figure is closer to 40 per cent (see Micheál MacGréil, The Challenge of Indifference A Need for a Religious Revival in Ireland, 2009). The decline in other indices of Catholic commitment – such as vocations to the diocesan priesthood – began earlier than reductions in regular Church attendance.

In addition, other important indicators of religious commitment have undergone change. Consider, for example, the proportion of people who regularly attend confession. Although reliable data are difficult to pin down, anecdotal evidence suggests that the practice of confession is infrequent, even among committed Catholics.

Trends in the ritual marking of important life-events such as marriage and death also show the increasing appeal of the secular. The Humanist Association of Ireland caters to the growing popularity of humanist wedding and funeral services (‘Irish humanist ceremonies double in past year’, Irish Times, 2014). Relatedly, the presence of religious symbolism in public space has increasingly been challenged, in various social institutions such as national and local civil administration, schools, and hospitals.

In its role as the “conscience of society”, change is also evident. In the 1980s, the Church spoke out against the issues of divorce and abortion. Its moral claims-making in relation to personal morality appealed to secular as well as religious legitimations, as invoking solely religious arguments made it increasingly difficult for its teachings to resonate with non-believers in a pluralistic context (Michele Dillon, Debating Divorce Moral Conflict in Ireland, 1993). Today, it continues to defend traditional Catholic teaching on marriage and the family, but is unable to secure its ethics in public legislation. Divorce and abortion are now legal, despite the Church’s opposition.

On other controversial issues such as same-sex marriage, the Church has also taken a clear stand, but as indicated by opinion poll data (‘67% support the introduction of same-sex marriage in Ireland’, Irish Times, 2014) can no longer rely on significant backing for its position among the general populace. A survey conducted on behalf of the Association of Catholic Priests in 2012 reported a significant turning away from Church teachings, especially in relation to personal morality. For example, 75 per cent of respondents felt the Church’s sexual teachings were not relevant to their lives. It also found that the attitudes of the Catholic laity are running ahead of their ecclesiastical superiors, especially in relation to lay involvement, married priests, and women priests (‘Contemporary Catholic Perspectives’, Association of Catholic Priests 2012).

On the other hand, the Church’s direct social service role gives it an important insight into – and resource for prophetic leadership in regard to – the day-to-day lives of ordinary people, particularly disadvantaged groups such as drug users, unemployed people, and the homeless. A good example of this is the Capuchin Day Centre in Dublin’s inner city, where the poor and homeless receive food and other material assistance. Thus, the Church speaks with considerable authority on such issues.

Of course, these changes have not passed without comment, even in Church circles. Most recently, the Catholic archbishop of Tuam, Michael Neary, compared the attitude of the general populace to the Church as like the forbearance extended to an elderly relative and claimed that the Church had been largely unsuccessful in dislodging Ireland’s place at the ‘secular hearth’ (‘Homily of Archbishop Michael for Association of Papal Knights’, 2014). In general, the Church increasingly sees itself as an enfeebled entity.

So how can these changes be explained? It seems true to say that the outbreak of sexual scandals in the Church – beginning with the Bishop Casey scandal in 1992 and followed by subsequent clerical child sex abuse cases from the early 1990s onwards – contributed to the declining commitment of adherents. Media reportage was key to these scandals coming to public light in the first instance. The scandals had a dual component. On the one hand, they related to the abuse of children by clergy and religious. On the other hand, they had to do with the Church’s handling of abuse cases. But it is also the case that the declines in religious commitment were evident even before the outbreak of scandal in the early 1990s. Thus, scandals in the Church likely spurred on a trend that was already underway rather than directly creating it.

Factors internal to the Church, then, only provide a partial explanation. Perhaps more significant was a range of socio-cultural changes arising from such things as urbanization, the rise of feminism, and the growth of a consumer society (Marcus Tanner, Ireland’s Holy Wars The Struggle for a Nation’s Soul 1500-2000, 2003). All of these changes contributed to the reduction in the legitimacy of the religious, and specifically Catholic, worldview.

Notwithstanding these significant changes, the Church in Ireland retains considerable influence. The source of this power is land, property, people, and money. The Church continues to have a very considerable physical plant of buildings such as presbyteries, churches, schools, hospitals, convents and other social institutions. Its workforce of clergy numbers about 3,000, though it is increasingly ageing. It is supplemented by a country-wide network of unpaid and paid lay members. Most of the country’s schools are under the management of clergy and religious, even if lay people predominate as teachers. Most people still get baptized in the Catholic Church, get married in a Catholic ceremony, and chose a Catholic Mass as their funeral rite. And Catholic identity remains a significant component of the society’s collective memory.