The religious situation in Spain: a brief overview 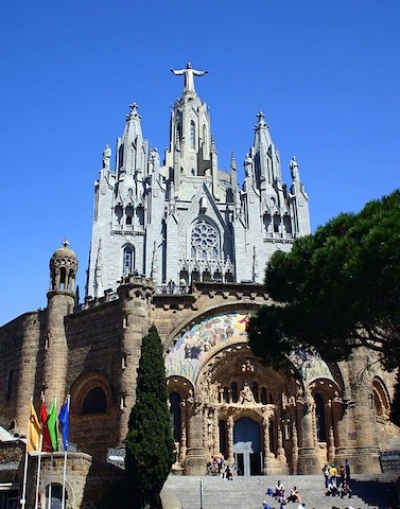 Spain has undergone deep transformations in the religious field since the democratic transition initiated after the death of Franco in 1978. This article provides a general overview of the main changes that occurred both in the religious landscape and in public policy governing religious diversity. After describing the broad societal transformations that have shaped the State’s relations with organised religious communities, this paper will provide a more exhaustive account of the current religious configuration of the country. It will then outline the primary ways in which the State conducts governance of religious diversity, followed by a more detailed description of the situation of religious education.

Democratisation process in Spain introduced far-reaching political and social changes. In the religious field two main processes characterised that period: first, the constitutional disestablishment of the Catholic Church and the secularisation of State institutions and, second, the decreasing influence of the Catholic Church over the lives of Spanish citizens. When at the end of the nineties, Spain became a country of immigration, its religious profile shifted profoundly as a result of the arrival of people from myriad cultural and religious backgrounds. Yet, the existence of religious minorities is nothing new. What is new, however is the visibility of religious minorities in the public sphere.

A more accurate portrait of the religious landscape in Spain reveals its complexity. The current religious situation is characterised by a generalised decrease in the proportion of those who self-identify as religious and who participate in traditional religious practice (namely weekly mass attendance), even though roughly 70% of Spaniards self-identify  as “Catholic”, according to survey data (Centro de Investigaciones Sociológicas. Barómetro de enero 2015).

Simultaneously, as it is the case in most European countries, the religious geography of Spanish cities has undergone profound changes. The Register of Religious Communities of the Ministry of Justice reveals these changes, with 2098 Protestant, 1356 Muslim and 669 Jehovah’s Witnesses communities registered by June 2014 (Observatorio del Pluralismo Religioso en España, 2014). However, a number of university mapping projects have better documented the spread of places of worship for various religious minorities, including a pioneering study conducted in Catalonia in 2004. Finally, a third remarkable trend observed recently is the popularisation of holistic spiritualties and the spread of practices such as yoga and reiki.

These transformations in the religious preferences, self-identification and practice of the Spanish population have had a significant impact on the Catholic Church, which has been compelled to reformulate continuously its place and role in the public sphere. Casanova (Public Religions in the Modern World, Chicago, 1994) and Pace (“Religion as communication: The Changing Shape of Catholicism in Europe” in Everyday Religion: Observing Modern Religious Lives, New York, 2007) provide exquisite analysis of the Church’s broad adaptation and communication strategies. Empirical analyses done in concrete institutional contexts, such as prisons and hospitals, demonstrate the ambivalent position in which the Institution and its representatives find themselves. In such secular contexts, the Catholic Church often opts for a strategy of stripping out the religious content from its appearance and discourse thereby allowing it to present itself as a widely shared and uncontested “tradition” worth keeping.

Changes have also taken place in the regulation and governance of religion and religious diversity in Spain. During the Transition and its aftermath, legal reforms played a central part in a range of important political developments. The 1978 Spanish Constitution and the Religious Freedom Act of 1980 defined Spain as a non-confessional State and recognised equality for all citizens. Yet, the same Constitution granted special status to the Catholic Church by appealing to its historical rootedness in the country.

This specificity has led to an unequal recognition system composed of five different layers or statuses. At the first rank, we find the Catholic Church. The Concordat Agreements of 1976 and 1979 accorded it a privileged position over the other religious traditions. The Jewish, Muslim and Protestant communities occupy a second layer of recognition that is associated with the Cooperation Agreements their national federations signed with the Spanish State in 1992. These were passed as a symbol of the reconciliation with these minority religions and the State’s compromise with the newly restored democracy. Despite criticisms that these agreements have not been fully implemented, they nonetheless formally recognise an extensive list of rights, such as the right to religious care in public institutions and the right to religious education in public schools.

Beyond the initial democratising legal modifications and in the aftermath of the 11M bombings in Madrid’s trains, there has been a very apparent transformation in the way Spain governs religions. Interestingly, the State has prioritized soft-policy tools during this period over the previous legal approach. The best example of this transformation, is the Ministry of Justice’s creation of a publicly funded foundation (Fundación Pluralismo y Convivencia) in 2004. This institution is primarily focused on the promotion of religious diversity and the allocation of public funds to the three religious minorities that signed the Cooperation Agreements. It has also raised awareness of the challenges posed by religious diversity and provided guidance to accommodate these changes within public institutions and in the country’s local settings. An example of this is the edition of guidelines, such as the Guidelines for the management of religious diversity in hospitals (2011).

In accordance with this governance turn, well-illustrated by the creation and policies of this foundation, few modifications have been made recently in the legal regulation of religion. This is evident in the stability of the Religious Freedom Act and in the failed attempts to modify it, which reveal how unpopular and highly contested these issues can be in Spanish political culture. The public debate regarding the attempts to ban the wearing of the burka and niqab in municipal facilities in Catalonia also showcases these tensions.

In conclusion, Spain has undergone very significant transformations in the religious field since its return to democracy. In parallel with the trend of broad secularisation and religious diversification, progress has been made in the legal recognition of the right to religious freedom and the status of religious minorities. More recently there has been a shift towards the use of governance tools, such as the creation of the Fundación Pluralismo y Convivencia. The key open question at this juncture is how a highly fragmented political landscape in Spain will cope with the challenges of religious diversity governance after national elections by the end of this year.

A more detailed analysis can be found in: Griera, M., Martínez-Ariño, J., & García-Romeral, G. (2014). “Beyond the Separation of Church and State: Explaining the New Governance of Religious Diversity in Spain”. MMG Working Papers, 14(08).