The religious situation in Romania 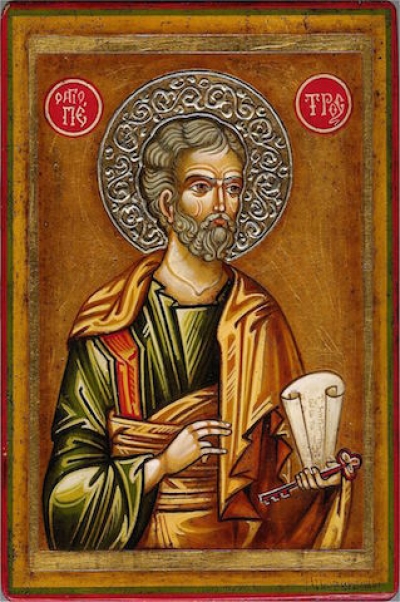 A country of twenty million Latin-language speaking inhabitants, Romania is situated on the crossroad of different politic, religious and cultural influences. In the Moldavian and the Walachia principalities, the role of the Byzantine, the Ottoman, and the Russian Empires was essential. As for Transylvania, it was influenced by Vienna, Budapest and Rome. Unavoidably, this historic heritage is closely related to the Romanian religious situation.

In ancient Moldavian and Walachia principalities, the dominant Church (87 %) is the Orthodox. In Transylvania, different denominations share the believers with the Orthodoxy: Roman Catholicism (5 %), Greek-Catholicism (Uniatism) (1 %) and the Protestantism, or more precisely Calvinism (3 %), Unitarianism (anti-Trinitarians) (0.3 %) and Lutheranism (0.5 %). Roman Catholicism, Calvinism, Unitarianism, and Lutheranism followers are mainly among the Hungarian community. Lutheranism is also the denomination of the German minority, the Transylvanian Saxons. The Jewish community (0.03 %) experienced a real diminution since the World War II. As for Islam (0.25 %), it represents an important religious component in Dobrogea, in the South-East Romania, between the lower Danube River and the Black Sea. The collaboration of the ecclesiastic hierarchy with the communist authorities, primarily of the Orthodox Church, incited multiple controversies after 1989. Today the renaissance of religion is understood mainly on political and cultural grounds, and is essentially dominated by the national question.

The communist decree 358 that imposed the return of the Greek-Catholics to the Orthodoxy in Transylvania in 1948 was abrogated in the aftermath of the 1989 Revolution. Two Catholic denominations have been coexisting in Transylvania ever since: the Roman Catholic Church that reunites mainly the believers of Hungarian minority and the Romanian Church United with Rome (Greek-Catholic Church) or Uniat Church that consists of Romanian believers. The latter was born from the union of the members of the Orthodox Church with Rome in 1700 as a result of the Habsburg recovery of Transylvania. Since then, it is the subject of an important dispute with the Orthodox Church. During the establishment of the communism, this Church was forced to reintegrate the Mother Church i.e. the Romanian Orthodox Church. Since that moment, the defiant entered clandestinity and founded the Church of Silence.

After 1989, the Uniats claimed the recovery of the ecclesiastic goods allocated to the Orthodox Church. The legal recognition of the Uniats incited serious conflicts with the Orthodox Church, not only for the retrocession of the ecclesiastic goods, but also for historical, ecclesiological and political reasons. The Greek-Catholic Church is indeed considered by the Orthodox Church as a product of the Western Roman and Austro-Hungarian imperialism on orthodox land, as an instrument of division within the Christianity and as an obstacle to the dialogue with the Catholicism. The Pope John Paul II visited Bucharest in 1999 and the late Patriarch Teoctist returned the visit to Rome in 2002. But the Uniat question has remained a stumbling block in the frames of the ecumenical relations and the relations between Rome and Bucharest.

Furthermore, in the last two decades the neo-protestant Churches (Adventist, Baptist, Pentecostal, etc.), achieved a great success. They are supposed to offer to their followers a livelier faith, a faith better adapted to the modern world compared to the one of the traditional denominations considered as orientated too much towards the past. These Churches and religious movements, often regarded as sects, provoke a certain irritation with the traditional Churches that see in them the marks of proselytism coming from abroad compared to the Romanian faith and the so called historical Churches. In general, the sectarian movements incited lively and hostile reactions as they did in all the ex-communist countries where these organizations have achieved a real success.

Romania's Jews formed one of the most important Jewish communities of Central and Eastern Europe until World War II. During the interwar period, they constituted more than 4 % of the population. Due to anti-Semitic politics in the 1930's, the extermination of Jews during WWII and their significant emigration to Israel under the communism, their number decreased considerably — nowadays the Jewish community counts only a few thousand members. After the fall of communism, anti-Semitism had a significant raise, especially within the ultranationalist political parties as the Greater Romanian Party (PRM). On the other hand, the recent Romanian State politics has been actively engaged in calling for the recognition of the genocide of Romanian Jews, and opposing anti-Semitism. In this sense, the recent development as regards the memory work and the reconciliation between the different denomination communities in the country has been significant.

Ever since, the Orthodox Church has been experiencing difficulties in placing itself in a system that separates the Church and the State. Likewise its sister Churches in the Byzantine Commonwealth, the Romanian Orthodox Church appeals to the Byzantine traditions (Byzantine symphony) comprising a centennial absence of separation of Church and State. The Orthodox Church has been the national Church of the Romanian people since the 19th century. The Romanian ethnicity is one of its founding principles. Although the ecclesiological conception of ethnophyletism that had developed in the Balkan during the Ottoman Empire was condemned by the Constantinople Patriarchate in 1872, it became a standard in the entire contemporary orthodox world. As the philosopher Nae Ionescu said between the two wars, converting to Catholicism means losing one’s Romanian quality. Consequently, to understand the religious and spiritual renaissance in this country, the national and identity nature of the orthodoxy should be emphasized, in Romania, like in the other Eastern European and Balkan countries where the orthodoxy is a dominant religion.

It is understandable why the theses of the fascist-like Legionary Movement from the thirties achieved a resurgence of popularity after the fall of the communism. This movement used Orthodoxy as one of the fundamental elements of its nationalist ideology. It met with a certain success with the young post-revolutionary generation and within the Orthodoxy. During many years, the controversial construction of a People's Salvation Cathedral in Bucharest has illustrated the willingness of the Romanian Church authorities to impose itself as a national and ethnic Romanian Church. The cathedral was built next to the Romanian Parliament, the former People’s House constructed by Nicolae Ceauşescu. In the communist era, the patriarchal church used to be situated next to the Great National Assembly, which was the legislative power under the dictatorship. During the communism, the Orthodox Church considered it as symbol of the historical link between the orthodoxy and the Romanian people. Now the symbolism of the proximity between the State and the Church is again highlighted by the edification of this cathedral in front of the Parliament.

The struggles concerning the reunification of Romania with the ancient ex-Soviet Moldavia (Bessarabia) that resurged after 1989 are also related to the unity of the Romanian Orthodox Church. During the reorganization of the Orthodox Church after WWI, the Bessarabia eparchies were reunited with the Romanian Church. This reunification was withdrawn in the aftermath of WWII as a result of the annexation of Bessarabia to the Soviet Union. The Church of Bucharest decided in 1992 on the Metropolis of Bessarabia final return to the Romanian Orthodoxy. The Bucharest Patriarchate created an Autonomous Metropolis of Bessarabia under the canonical authority of the Bucharest Patriarchate. The pro-Russian Moldavians who were opposed to this ecclesiastical unification with Bucharest decided to stay canonically dependant from the Moscow Patriarchate in the frames of a Moldovan Orthodox Church. The symbolical burden of this unification with the Romanian Orthodoxy in 1992 is understandable. It was interpreted by a part of the Moldavians as a preliminary stage of a reunification of Moldavia with Romania. For Bucharest, it was a way to oppose themselves to the moldavism of the Moldavian authorities, which represented a national concept aiming at creating a Moldavian ethnic identity different from the Romanian one.

In 2004 the Romanian Orthodox Church has founded a Romanian Orthodox Diocese known as Bishopric of Dacia Felix in Voivodina, Serbia, where a Romanian minority lives. This ecclesiastical circumscription was recognized by the Serbian State in 2009 and it has been coexisting with the eparchies of the Belgrade Church. Ever since, the Bucharest Church has had under its jurisdiction the eparchies beyond the Romanian State borders, in Moldavia and Serbia. As for the Orthodox Church in northern Bucovina, it is a subject of contention between Romania, Ukraine and Russia. Bucovina was annexed to Romania in the aftermath of WWI. The Bucovina dioceses were attached to the Bucharest Patriarchate. After WWII, following the annexation of North Bucovina to the Soviet Union and its inclusion in the Soviet Republic of Ukraine, these dioceses were integrated into the Church of Russia accordingly. Currently the Church of Bucovina still depends on the Moscow Patriarchate. The wish of the Patriarchate in Bucharest to reattach them to the Romanian Church has been an area of contention between Bucharest and Bucovina Churches.

The religious situation in Romania is inseparable from the national question, the regional issues, and the debate concerning the eastern borders of Europe. The Romanian case is directly related to the stability of Eastern and South-Eastern Europe due to the bonds between Church, State, and nation within the Orthodoxy, essential for understanding their influence in the regional geopolitics.