Finland: recent trends and patterns in religion, secularism and atheism 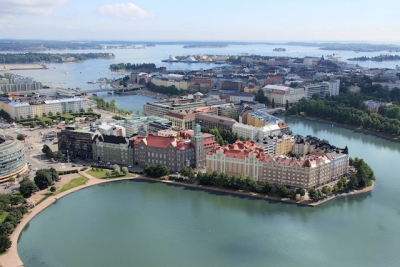 According to Eurostat (2011), Finland is culturally, ethnically and religiously one of the most homogeneous countries in Europe. This is reflected in its religious landscape: although particularly because of Muslim immigrants and refugees, religious diversity has increased since the 1990’s, the Evangelical Lutheran Church of Finland remains the biggest religious denomination.

Nearly three quarters of the Finnish population is a member of the Lutheran Church. Other religious groups cover a bit less than 3 % altogether. The remaining part of the population – more than 20 % – is unaffiliated. Some are atheists or religiously indifferent, whereas there are also people who consider themselves religious or spiritual but are not members of any registered religious community. The most significant change is a decrease in membership of the dominant Church, partly because one can easily resign via a website and partly because the Church is considered conservative on issues relating to same-sex marriage. Membership has gone down from more than 90 % in 1980 to 88 % in 1990, 85 % in 2000, 78 % in 2010 and 73.7 % in 2014.

The Church and the State are separated by the Constitution, but the Lutheran Church and the Finnish Orthodox Church – approximately one per cent of the total population and the country’s second biggest religious group – have a privileged statute. They are “public corporations under law”, while others are “registered associations”. In practice, this means that public corporations have the right to tax their members – the tax collection is organized by the State on behalf of the Churches – and that their privileged statute is guaranteed by law. There is an ongoing debate as to whether the position of the privileged Churches should be changed, but currently no major changes are expected to take place. In fact, according to Gallup Ecclesiastica 2011, not more than 35 % of the Finns oppose the Lutheran Church’s right to tax.

According to this Gallup Survey 2011, 27 % of the Finns believe in a Christian God, which is considerably less than before (between 32 and 45 % from 1999 onwards). However, not more than 21 % explicitly state that they do not believe in God. Others are undecided (29 %), believe in God “in their own way”, or in a way that is different from the Church’s teachings (23 %). The overall trend is that religious beliefs are in slow decline, particularly because younger people lack such beliefs. The decline in more specific Christian doctrines – Immaculate Conception, the existence of Satan, Jesus as son of God, etc. – is the fastest.

Depending on the surveys, monthly church attendance has varied from 4 to 14 %. From 10 to 24 % of the Finns do not attend at all and between 21 and 36 % participate in church events less than once a year. However, people still relatively actively participate in churchly rites of passage such as baptism, confirmation, marriage and funerary rites. In addition to the Church’s social work, such rites are the most popular reasons for membership. Approximately 95 % of all funerals are organized by the Lutheran Church, a number that includes 69 % of the burials of unaffiliated people. The popularity of all the mentioned rites has declined moderately. Concerning marriages, in 2014 civil marriage became more popular than church marriage for the first time in the history of independent Finland. Currently, 50.7 % of all marriages are civil marriages.

Approximately 60 % of the Finns identify themselves as Lutheran or Christian. This is less than the membership rate, but it is significantly higher than the number of people who believe in a Christian God. These figures are in line with the overall understanding of the situation: despite declining membership rates, Finns can still be said to “belong without practicing”, i.e., people are not religiously active, but are generally members of the Lutheran Church, whereby a large majority (60–77 %, depending on the year and survey) display a positive attitude toward the Lutheran Church and more than half regard themselves as Christian, Lutheran or both. This is partly because belonging is still considered part of Finnish “tradition”, i.e., part of what it means to be an ordinary Finnish citizen – although the connection between membership and Finnishness is not as strong as it used to be some decades ago.

Since the 1990’s, religious diversity has increased. Islam is the biggest non-Christian religious tradition, covering approximately one per cent of the population. This is an estimation, because not all Muslims are registered in religious communities. It is not so much the numbers as the changing discourse that seems significant here: although Finland is not a “super-diverse” country, the idea that it is a religiously diverse one is dominant in public discourse. The presence of Lutheran practices in public institutions is challenged in the name of diversity, but to a lesser degree by Muslims, who are usually not the ones who argue for secularist policies.

The presence of minority religions in everyday life has undeniably influenced public debate and practices in institutions and workplaces. For instance multicultural civil associations have received significant amounts of public funding in order to improve immigrant integration, whereas religious dress codes have also been publicly negotiated. A good example is the 2014 case of a Sikh bus driver who was first forbidden to wear a turban but was allowed to do so after the employers’ association went against the local employer’s original prohibition.

The discourse on diversity is not limited to established religious traditions. As said, slightly more than 20 % of the Finnish population is religiously unaffiliated, and according to a number of surveys from the past 20 years, almost 40 % state that they are “not a religious person”. The number of unaffiliated people is growing, whereas the number of those who are nonreligious has remained steady.

The most vocal and visible group among the unaffiliated are self-avowed atheists. Gallup Ecclesiastica and ISSP surveys show that the number of atheists rose from 5 to 13 % between 2007 and 2011. In 2011, 22 % of young adults (aged between 15 and 29) considered themselves atheists. Although these results indicate that atheism is becoming a more popular identity, some caution is necessary, as in a similar 2004 survey the percentage of atheists was twelve. In these surveys, identities were also not exclusive, with people being allowed to tick as many boxes as they wished. In other surveys the percentage of atheists has been a consistent three per cent, even if it has to be added that the most recent results are from 2005.

The radical interpretation of this data suggests that atheism has become a more popular identity; the moderate one argues that more data is needed. Moreover, the percentage of self-avowed atheists is significantly lower than that of those who do not believe in God. This demonstrates that atheism is not an extremely popular identity tag. It would go too far to say that individual atheists are being discriminated, but clearly they are not highly appreciated. Some associate atheism with communism and with the former Soviet Union, in other words with anti-Finnishness. Others, and particularly the younger generations, associate it with the natural sciences and with evolutionism, whereas still others simply don’t seem to know what it actually refers to. This can be observed in surveys in which participants actively ticked the “don’t know” box when asked about their position regarding atheists. Altogether, this explains why atheism is relatively unpopular despite widespread non-belief in the existence of God, and why younger generations are more willing to identify themselves as atheists.

What is in any case clear is that the public presence of atheism and secularism has increased in the latter part of the first decade of the twenty-first century. The most visible secularist demands concern the presence of religion in public space, with the aim of achieving equal treatment of different convictions, as well as neutrality in State and publicly funded institutions. Although the media give voice to such demands, and although people ranging from activists to politicians talk about them, according to surveys they are unpopular views. Gallup Ecclesiastica 2011 demonstrated that approximately ten per cent are against the presence of the Lutheran Church and Christianity in school and army celebrations, as well as against Lutheran worship in parliamentary opening and closing celebrations. Still according to this Survey, one rather contentious issue is religious instruction in schools. 20 % of the population is against it, whereby most people do not seem to know that religious education has been technically “non-confessional” since the renewed law concerning freedom of religion came into force in 2003.

Other spirited religion-related debates include, first and foremost, the debate on same-sex marriage and its potential implications for the Lutheran Church. A bill legalizing it was approved in 2014. Consequently, the Lutheran Church has to clear its position on the issue: if it does not extend marriage to same-sex couples, it will become more difficult to justify its role as “folk church” with close ties to the State; if it does, it will have to change its teachings and practices. Although some key bishops openly supported the bill, the overall conservative image of the Lutheran Church also led to resignations. During the past five years, the issue has in fact become one of the most popular reasons for abandoning Lutheran Church membership.

Most likely the outlined trends will continue in the near future. The role and status of the Lutheran Church will be subject to debate. Finland will continue to evolve into a religiously more diverse society. The voice of the unaffiliated Finns – especially those campaigning secularists who claim to represent the unaffiliated – will be taken into account in negotiations concerning the public role of religion in society. However, none of this automatically implies a decline in significance of the role of the Lutheran Church. Its status is still guaranteed by law and according to the surveys, it can count on relatively strong public support, even if the Church has to justify its privileged position in public discourse. This includes taking into account the idea of religious diversity. At the same time, secularist messages critical of any privileges given to the Lutheran Church or any other religious group continue to be voiced, particularly through the media. In this sense, Finland is at the same time a Christian, a secular and a religiously diverse country.