Pakistan in search of a place for Islam 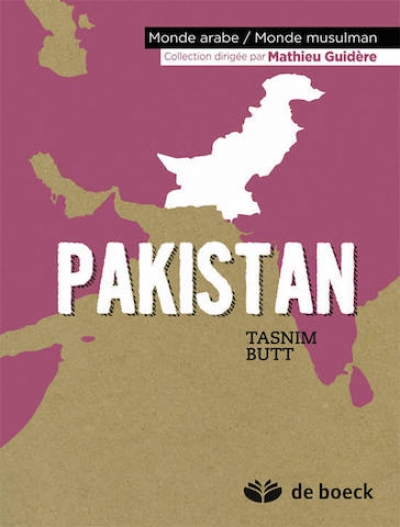 Pakistan’s relationship with Islam is extremely intense. From all the Muslim majority countries of the world, it is the only one whose very existence is rooted in religion. Therefore, it is not surprising that, even after seventy years of lifetime, it still faces tremendous difficulties to domesticate Islam whose representatives’ claims on the State have never ceased growing since its foundation. The manipulation of religion for political purposes generates inevitably a cost, which precisely is what Pakistan is paying in its daily confrontations with Islamists demanding what they consider their legitimate right to power.

Pakistan rose in 1947 from the ashes of British India whose partition gave also birth to India as an independent Nation-State. For many, Pakistan represented not only a hope for a better future but also an opportunity to reconnect with a glorious past. Indeed, before the British colonization of the Indian sub-continent, it had been under Muslims’ control for centuries, among others, the Mughal Empire. Yet, representing 20 % of the population at best, Muslims were a tiny minority which would have hardly any chance to weight politically after Independence. As democracy was to impose itself in the modern era, the demographic balance would inevitably favor the Hindus.

For Muslims, the few restrictive electoral contests that the British allowed under their rule were already indicative of the marginality to come. In these circumstances, the project of an independent homeland for Muslims advocated by the All India Muslim League (AIML) proved to be seductive, especially for an elite worried about losing its socio-economic privileges. However, to concretize such an ambitious project, the support of ordinary Muslims was required. Yet, Indian Muslims were far from being a homogenous population. Besides the question of class, they were divided into numerous qawm (Nation, in a smaller sense) holding their own cultural, ethnical and linguistic specificities, not to mention their geographic dispersal throughout the continent.

In this context, only Islam could bring such a huge diversity under one umbrella. It is taking into account this diversity that the two-Nation theory, suggesting that Muslims and Hindus were in fact two distinctive Nations deserving their own Nation-State, was elaborated. With slogans such as “Islam in danger”, the secular leadership proved successful, though not without difficulty, in gathering Muslims behind its political claim. This separatist logic benefited also from decades of colonial “divide and rule” policy which had since long split Indians into confessional lines. Very much in vogue at the time of Partition, the communal hatred caused the death of hundreds of thousands on either sides of the new border.

After achieving its goal in the name of Islam, the post-independence’s leadership tried to promote a secular-type of political model for Pakistan which at that time was divided into two wings, East and West Pakistan, separated by over 1 500 km of Indian territory. However, right from the start, the religious authorities, including those who supported Pakistan’s creation, organized to counter this move. For ulamas (religious scholars), clerics and Islamists alike, Pakistan was to serve as a laboratory from which was to emerge an experimental Islamic State, though few could even define this concept.

Nevertheless, it seemed clear that sharia (Islamic law) was to replace the anglo-mohammadan law inherited from the British. This purpose in mind, religious groups, Islamist at the top, started militating in favor of an Islamic Constitution. Although the first Pakistani Constitution did not materialize until 1956, a preamble (Objectives Resolution), designed as soon as 1949, provided the guiding principles on which the future democratic State was to function. The Islamists used all possible means to make their views incorporated into this first constructional document. As a result, the sovereignty was conceded to God. Ever since, the struggle to impose Islamic prescriptions on the State continues.

When Pakistan fell under the grips of its first military regime in 1956, measures were taken by General Ayub Khan first to depoliticize Islam, and later, when they failed, to modernize Islam. For example, much to the discontent of the ulamas, most of their functions were taken up by the government while women rights were extended, especially in matters regarding marriage and divorce. The Islamists reacted violently against what they viewed as damageable intrusions into their exclusive preserve. The State’s reply was equally repressive and relations remained tense. However, when Ayub Khan embarked on a fruitless war against India over Kashmir (1965), a territory that the two countries still dispute since Independence, paradoxically, he called upon the Islamists for help, destroying in the process, years of effort to marginalize religion in the public sphere. After the fall of his regime, Pakistan experienced its first free and fair elections at national level but also, due to political dissensions over their results, the loss of East Pakistan, which through a brief but nevertheless deadly civil war proclaimed its independence in 1971.

Curiously despite this tragic episode or rather because of it, in what remained of Pakistan, Islam renewed its symbolic significance. In fact, the Islamists attributed the country’s breakup to the lack of religiosity of its rulers rather than to Islam inability to maintain unity. As a consequence, more than ever Islam became the solution to all evils. Pakistan’s first post-civil war president, Zulfikar Ali Bhutto, did not share this vision. However, after trying in vain to neutralize the religious opposition to his government, he was the one who, in a futile attempt to gain political sympathy at the end of his mandate, made disastrous concessions to the Islamists, which, nevertheless, proved insufficient to consolidate his power.

Among the most important was the constitutional excommunication of the Ahmadi sect (a Muslim minority which negates the finality of Muhammad’s prophethood) from the pale of Islam. In 1977, he was overthrown by General Zia-ul-Haq who, unlike his predecessors, made Islam the cornerstone of his regime. As a result, in association with the Islamists, he launched an aggressive islamization program with the explicit aim to put the law and education in conformity with the divine prescriptions. Minorities and women, whose rights were drastically curtailed in the process, are still facing discriminations instituted under his government. The sectarian clashes between Sunnis and Shias as well as the proliferation of jihadi movements that are currently ripping the country apart are also parts of his legacy.

The return of democracy after his assassination helped neither Benazir Bhutto nor Nawaz Sharif to sideline Islam, during the next decade. In fact, one-way or another, both successive Prime Ministers had to compose with it, though the reestablishment of electoral process did certainly marginalize the Islamists, at least politically. But the democratic span did not last long. In 1999, Pakistan faced a third military coup. In part to bridge his lack of legitimacy but also to counter his political opponents, General Pervez Musharraf, although a partisan of an “enlightened Islam”, did not hesitate to favor the Islamists who, under his patronage, recorded their best electoral performance ever (2002) and formed coalition governments in two provinces of the country. Under their direction, some shariatic laws were even temporarily imposed at provincial level.

Since Musharraf’s fall in 2008, democratic governments succeed one another while the Islamic laws that regimes, both civilian and military, have conceded to the Islamists over time still remain. By seeking Islamists’ support with sometimes the sole aim to secure their power to solve a legitimacy crisis, in cases of military rules, or to form collation governments to neutralize political enemies under democratic mandates, Pakistan’s leadership has not only strengthen the initial confusion between the sacred and the profane generated by the very birth of the country, but it has also, and sometimes despite itself, paved the way to the integration of Islamists into State’s structures, something that the latter still cannot afford through the polls. It is therefore not unusual that initiatives taken to remove Islamic laws collide with the intransigence of the religious forces which more than ever are determined to free their promise land from the claws of irreverent Muslims in order, they do believe, to change it into an Islamic republic, they will be the most legitimate to rule.