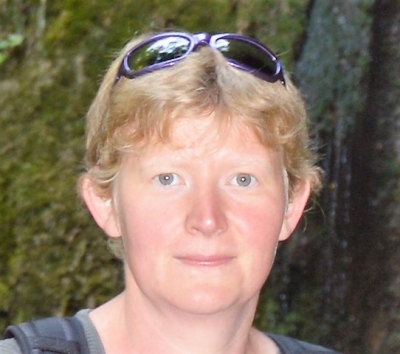 In order to realize these aims, the new curriculum starts from an interplay between the ‘Christian faith’, the ‘pluralistic context’ and the ‘pupil’s multi-dimensional identity’. This interplay is then applied to seventeen ‘domains’ (e.g. ‘nature’, ‘spirituality’, ‘personal development’), which are not substantially different from the domains of the previous curriculum. More remarkable, and new in their present form, are the so-called ‘bible-spiritual horizons’: biblical quotes teachers ought to connect to the aforementioned domains. Another remarkable new item are the 349 ‘ingredients’: core concepts of the Christian tradition (e.g. ‘Kingdom of God’, ‘monastic life’) as well as key concepts we can find in a plural context (e.g. ‘human rights’, ‘norms and values’) and/or which can be related to the identity formation of the students (e.g. ‘volunteer work’; ‘freedom and responsibility’).

The abovementioned ‘horizons’ and ‘ingredients’ have, among others, the aim of improving the students’ religious literacy. “It is impossible that you do not know the meaning of Pentecost at the end of secondary education”, assumed Didier Pollefeyt, who is theologian and president of the working group for the new curricula. In a similar vein, Johan Bonny (bishop-referent education and president of the recognized authority for Roman-Catholic RE) rightly states that RE should not be some kind of ‘small talk’ and also points at the importance of religious literacy: ‘Religion is like a language: before you can speak, you need to know its vocabulary and grammar. In order to be able to speak about societal theme’s, you also need such a vocabulary” (De Morgen, 14.1.2019)

Within the school subject Roman-Catholic RE, this vocabulary and grammar are merely Catholic/Christian: even though the curriculum clearly wants to foster dialogue and interconnection and wants to reach hands to non-believers and adherents of other religions, this dialogue still starts from within the ‘own’ Catholic tradition. And this is, in fact, almost evident. Indeed, the freedom of education, as implied in the Belgian Constitution (art. 24), does not only allow recognized religions/worldviews (including the Roman-Catholic Church) to organize their own school subject in official schools. In addition, this freedom also allows that religious and other communities/organizations can establish their own schools, wherein RE based on the own religious tradition can be a compulsory school subject. This is what happens today in all Flemish Catholic schools and thus in almost 75 % of the secondary schools in the Flemish Community.

Taking this into consideration, there is much to say for the (renewed) emphasis on religious literacy and basic knowledge of the Christian tradition. Besides, the openness and dialogue of the new curriculum is, in view of the diversity of the school population, noteworthy. This, however, does not take away the fact that one can have two principal objections to the way the Flemish Government is (not) involved with religion and education. These objections are related to (1) the organization of RE and (2) the pillarized education system.

In the Flemish Community, the recognized religions and non-confessional humanists have responsibility over the organization, content and inspection of RE and for its teacher training programs. This means that their recognized authorities are free to organize their own religious subjects and to emphasize the own tradition in a more or less explicit way. In 2016, these recognized authorities decided to collaborate a few hours per school year and hereto, they designed the so-called ‘interreligious competencies’. As a matter of fact, however, RE in Flanders still starts from particular metaphysical or even dogmatic truths. A ‘neutral’ perspective, which is not based on theology but on the academic study of religion, and wherein teachers no longer have to ‘witness’ from their own tradition, is out of the question.

Although religion is, within the study of religions, also approached from a particular (historical-critical, sociological, anthropological, philosophical, psychological) point of view, there is a fundamental difference between this ‘outsider perspective’ on the one hand, and the present ‘insider perspective’ on the other: the former enables all students to learn in a critical and objective way about different religious traditions, without a (dogmatic) priority position for one particular tradition. Besides, this outsider perspective, which does no longer aim at socialization in one tradition, but at knowledge of and dialogue between different traditions, makes is possible for the government to design a core curriculum religious literacy that is similar for all the students, which is not the case today. Both in and outside Europe, different nations and/or regions made a shift from confessional (insider perspective) to non-confessional (outsider perspective) RE, but in the Belgian pillarized education system, this seems to be not so evident.

This brings us to a second remark about the new curriculum, which explicitly wants to take a position within the Flemish ‘catholic schools of dialogue’. These schools (i.e. all the Catholic schools belonging to Katholiek Onderwijs Vlaanderen) no longer aim at conversion, but they will rather “enter into dialogue with other religions, from within the Christian identity” (De Morgen, 14.1.2019). A crucial point here is, however, why this dialogue needs to start from within the Christian tradition for almost 75 % of the students in secondary schools, even if most of these pupils (and their parents) no longer identify with this tradition.

For the defenders of the Catholic school network, the answer to this question is quite evident: Catholic schools are ‘free’ and Catholic and accordingly, it is no more than evident that they pay attention to their own tradition, for instance in the Roman-Catholic RE classes. If parents do not agree with this approach, they are free to choose an official school, where different religious courses are organized and where exemption for RE is possible.

But how realistic is this when three out of four schools are Catholic? Do Flemish parents today really have the freedom “to ensure such education and teaching in conformity with their own religious and philosophical convictions”? (EVRM, art. 2, 1st protocol), given the fact that most of the schools are Catholic, while most parents and students are no longer Catholic?

In relation to this, several politicians (e.g. Hendrik Vuye & Veerle Wouters, independent; Jean-Jacques de Gucht, Open VLD) raise the question whether it is still appropriate to organize education along religious lines. According to these politicians, we should be better off with a depillarization of the education system. Apart from the question whether this is indeed the most desirable solution, this solution does not only sound very unrealistic in the Flemish/Belgian context, but seems also impossible in the short term.

A more realistic (but therefore not less controversial) option could be to make the school subject Roman-Catholic RE also optional in Catholic schools, which is for instance the case in France and in the UK: Catholic schools are subsidized by the state, but only if their confessional RE classes are not compulsory for students. If schools nevertheless prefer to make these classes compulsory, they are free to do this, but in this case they are no longer subsidized, or the amount of subsidies is restricted. A comparable model could also be considered in the Flemish context. It would allow that the freedom of religion and education is better guaranteed for those parents who merely ‘chose’ for Catholic schools for pragmatic reasons (distance, school climate, reputation…), rather than for religious reasons. Since this is the case for more and more parents today (PISA 2012), a substantial number of parents will no longer be obliged to send their child(ren) to RE classes which are not in line with their own religious convictions.

In the Flemish Community, education is largely organized along religious lines and RE is organized by the recognized religious authorities. One of the consequences of this policy is that the Government has nothing to say about the content of the RE classes, neither about the way how these classes are organized in private schools, which are mainly Catholic. With the new curriculum for Roman-Catholic RE, the recognized authority of the Catholic Church made a significant attempt in order to improve the religious literacy of the students taking Roman-Catholic RE. If, however, the Flemish Government really wants to take into account the religious literacy of all the students, if it wants to organize education in a way that is as inclusive as possible, and if it wants to guarantee the freedom of religion and education of parents and students as far as possible, this is not sufficient. In that case, we do not need changes within the system, but changes of the system.