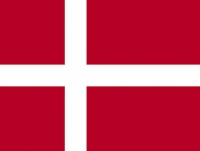 Denmark is predominantly Lutheran. The Evangelical Lutheran Church of Denmark has 4.4 million members out of a total population of 5.6 million. It was established in 1849 as part of the first democratic Constitution. The highest Church authority is the government, c.q. the minister of Ecclesiastical Affairs. In many ways it is still a State Church, but it is highly egalitarian and the individual parishes have some power too — hiring all staff, approving of liturgical changes, and acting as keepers of cemeteries...

As far as membership rates are concerned, statistical data shows that they have gone down from 85 % in 2000 to 78 % in 2015. In raw numbers this means that in 2015 the Church counted 135,000 members less than it did in 2000. This share is based on the total population. When only people of Danish origin are included (one parent born in Denmark and having Danish citizenship), membership rates have only dropped from 92 % in 2000 to 88 % in 2015. The general decrease is both slow and linear – especially among the non-immigrant part of the population.

Nevertheless, high membership rates do not translate into high attendance rates: even if the majority of people are members of the Church, and even if most of them consider that they in some way belong to it, they do not feel the need to attend church services. The four most recent ISSP-surveys on religion (International Social Survey Programme, 1981, 1990, 1999, 2008) show relatively stable attendance rates, with around 10-13 % of all participants stating that they attend church at least on a monthly basis. At the same time, church attendance during holidays has increased from 17 % in 1981 to 31 % in 2008 – especially attending church for Christmas has become particularly popular.

Apart from Church holidays, traditionally the Church is also involved in family and personal rituals like baptism, confirmation, weddings and funerals. Generally such practices are in a state of slow but steady decline. Baptisms have decreased from 77 % in 2000 to 64 % in 2013 (the most recent year; percentages based on the entire population), whereas confirmation, generally very popular with the young, has decreased from 79 % in 2000 to 70 % in 2014. However, in some areas of the country, 2014 confirmation rates were as high as 85 %, in stark contrast with the capital area of Copenhagen, where they only reached 41 %. Historically, confirmation training takes place once a week, during school hours, making it part of a normal school day for many pupils. As a result of a school reform which, among other measures, limited confirmation training during school hours, this situation changed in 2014. At present it is still too early to measure the reform’s impact, such as for example its possible ‘de-Christianizing’ consequences, the main point of criticism to which it has been subjected. Finally, since 1999 the number of registry office weddings has also surpassed that of Church weddings.

In recent years, the Church has initiated several projects aimed at the general public, with the clear intent of maintaining its relevance. There exist a plethora of small and local initiatives, some of which have been successful to such an extent that they can now be found almost everywhere. Typical examples are “baby hymn singing” for mothers on maternity leave, “dinner and church service” (spaghetti-services) for working families with small children, and “junior confirmation” for third grade pupils.

At the juridical level, Denmark knows freedom of religion, but not religious equality. Indeed, apart from its obligations, the national Church above all benefits from a series of privileges. Other faith communities can apply for State recognition in order to acquire some (but not all) of these privileges, e.g. the right to perform marriages.

A subsequent issue is official recognition of faith communities. Whereas traditionally the bishop of Copenhagen advised government on such matters, in 1998 an ad hoc committee was set up consisting of a historian of religion, a sociologist of religion, a Church historian, and a law scholar. Its aim was to “advise the ministry of ecclesiastical affairs on faith communities outside the Evangelical Lutheran Church of Denmark, a responsibility which was hitherto bestowed upon the bishop of the Copenhagen Diocese”. While it is de facto possible to exist as a religious community without State recognition, the latter gives a community the right to perform weddings, whereas it also entails a number of fiscal advantages. However, the main reason for applying seems to be symbolic, i.e. the need for public legitimacy. The number of communities that apply varies from year to year: since the Centre for Contemporary Religion (CCR) started gathering information in 2009, every year between five and ten new faith communities have been recognized.

Clearly in Denmark, religion and tradition are closely intertwined. For many years, and even if this view is not shared by all, majority Church traditions have been perceived as unproblematic, in some instances even as non-religious. This is for example the case for the registration of new-borns, who until very recently had to be registered at the local church. While it is at present no longer obligatory for parents to go to the church in person, the Church has remained the central administrative body in matters of birth registration, with the exception of the Southern part of Denmark, which was German until 1920 and has maintained bureaucratic procedures dating back to this period. Another example: in 1997, the Danish authorities issued a new passport, containing a well-known image of the crucified Christ from a famous ancient rune stone which is sometimes dubbed “the birth certificate of Denmark”. Additionally, a similar “cultural” role of religion can also be observed when Christmas celebrations are concerned. In many public schools, pupils celebrate Christmas in the local church. Finally, Danish MP’s attend a Church service at the annual opening of Parliament.

In spite of the prominent role of religious traditions in Danish society, there is also strong political emphasis on secularism, whereby religion and politics are strictly separated, religion being confined to the private sphere. As is the case in other Western countries, public debate has arisen on issues where such a separation is seen as being under threat. Islam, whose precepts and social manifestations are often considered incompatible with mainstream culture, is often at the centre of such controversy. This is most notably the case with headscarves, ‘halal’ meals in public institutions like kindergartens, schools and hospitals, individual shower booths in sports facilities and, last but not least, the extent and limits of free speech (cf. the Mohammed cartoons debate).

In addition, Denmark is also home to a score of varieties of secularism. Atheist and humanist associations exist, but they are relatively small compared to other countries such as for example Norway. They advocate a strict laicist type of secularism, urging most notably for the removal of all religious symbols from the public sphere, whereas they also promote the principle of Church-State separation, are critical of Islam, of the majority Church, and of the importance and omnipresence of Christian cultural heritage in society.

Finally, some (often conservative) Christian groups within the Church also advocate State-Church separation, but for very different reasons, i.e. because they are against State meddling with issues which they see as Church affairs. In 2012 this was illustrated quite clearly when the government implemented a new marriage law enabling same-sex couples to be married in church.

Notwithstanding these final observations, both the political and ecclesiastical majorities seem satisfied with the status quo situation: freedom of religion, but no religious equality. The Church has certain privileges, and the manifold ways in which Lutheran Protestant Christianity is present in society is rarely the object of criticism. It is first and foremost perceived as a private religion, but when it is found in public it is seen more as cultural heritage than actually religious. This leaves us with a paradox: Lutheran Protestant Christianity is in many ways allowed in the public precisely because it is perceived as a religion that understands the need of religion to be private. What is allowed in public is thus not religion or religiosity, but Lutheranism as an historical and cultural tradition. This is seen as harmless to people of other religions and as a carrier of primarily Danish and not religious values.