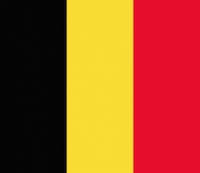 Belgium is historically a Catholic country. A few years after the creation of the State in 1830, more than 99 % of its inhabitants identified themselves as Catholic in a survey of the general population. Only a few Protestant and Jewish communities introduced some religious diversity; yet it was enough for the State to grant public subsidies to those communities alongside the powerful Catholic Church. In XIXth century Belgium, the Catholic Church enjoyed wide authority, supported by an expanding network of Catholic schools and the development of a Catholic political party.

Gradually, criticism of the Church increased; anticlericalism, liberalism and free-thinking gained ground, supported by the Free University of Brussels and the masonic lodges. What is generally referred to as “the philosophical question” – the opposition between Catholics and anticlerical Liberals –, came to dominate the political life of the second half of the XIXth century. The Liberals’ program called for a secularization of the institutions and education, but they failed to reach that objective: Belgium never underwent a process similar to that of France, where in 1905 a law introduced separation between State and Church. Therefore, State and Church relationships in Belgium are still organized along the constitutional principles adopted in 1831.

Those principles establish freedom of religion and guarantee the right to free and public practice (article 19); they also protect the right not to profess any religion (article 20).  Provisions regarding the State-Church relationship are stated in article 21: “ (1) The State does not have the right to intervene either in the nomination or in the installation of ministers of any religion whatsoever, nor to forbid these ministers from corresponding with their superiors, from publishing their acts, except, in the latter case, taking into consideration normal responsibilities in matters of press and publication. (2) A civil wedding should always precede nuptial benediction except in cases established by law, should this be necessary.”

This relationship is often called a mild separation; sometimes the expression reciprocal independence is preferred. Nevertheless, in the beginning of the XIXth century, the separation was considered to be absolute, an opinion validated by the Court of Cassation in 1847 and still upheld by some today. Yet, the payment of wages and pensions of religious ministers by the State seems to be evidence to the fact that the separation isn’t complete: paragraph 1 of article 181 of the Constitution states that salaries and pensions of religious ministers should be borne by the State. The law defines which religion is financed by the State. Currently, the so-called “recognized” religions are Catholicism, Protestantism, Judaism, Anglicanism, Islam and Orthodoxy. In 1993, a second paragraph was added to article 181 to extend the benefit of the disposition to delegates providing moral assistance according to a non-denominational philosophical concept. In application of a law adopted in 2002, the organizations depending from the Conseil central laïque (“Central secular council”) receive State funding as well. Buddhism, benefiting from limited State support since 2008, is also in the process of being recognized as an organization providing assistance on a non-confessional basis.

Next to State subsidies for recognized religions and philosophical organizations, the existence of a large network of confessional schools, supported by public money, and the organization of religious education even in public schools are further evidence that State and Church separation in Belgium isn’t complete. If Catholic influence on Belgian society has significantly dwindled in recent years, it is indeed the result not of a reform of the institutions, but rather of a deep process of secularization that started in the 1960’s.

Catholic Church membership and attendance have significantly diminished in the last decades. Sunday mass attendance has dropped below 5 % of the general population. Participation remains somewhat higher at major milestones in life: 25 % of civil weddings are followed by a Catholic religious ceremony, and one out of two children born in Belgium is baptized in a Catholic ceremony.

The sharp drop in religious Catholic practice in the last decades reflects the secularization of the population: today about 40 % of the population declare themselves as non-religious. It is also the result of immigration, which brought a diversification in Belgium’s religious landscape. From the 1960’s, many Turkish and Moroccan workers settled in Belgium. They soon brought along their families, and today the second and third generations compose a very active Muslim community, making Islam the second most-practiced religion in Belgium, comprising ca. 5 % of the population, and much more in urban centers.

Immigration from Sub-Saharan Africa fed the development of protestant-evangelical Churches; currently evangelical Protestantism has more followers and places of worship than other reformed Churches. After 1989, orthodox Christians immigrated from Eastern and Central Europe, joining decades-long established Russian and Greek orthodox Churches. Christian Churches other than Catholic gather around 2,5 % of the population. Other minority groups include Judaism, Buddhism and Hinduism. In Brussels, the presence of international institutions further increases religious diversity.

Because the Belgian Constitution prohibits public authorities to interfere in the organization of religious organizations, yet obliges the State to pay the salaries and pensions of religious ministers, each organization must have authorities acknowledged by the State to indicate which ministers must be paid. This role is naturally played by the bishops for the Catholic Church, but representative authorities had to be instituted for the other denominations. Organizing Islam proved to be difficult. While the principle of recognition and State financing was voted by Parliament as early as 1974, the first Muslim ministers were only paid by the State in 2006.

Federal State funds for salaries of religious ministers and delegates for non-confessional moral assistance are allocated as follows, for a total of 100,6 million euros:

Local communities of recognized religious and philosophical organizations also benefit from subsidies paid by the cities and provinces. This dates back to the French legislation about Church fabrics; it was gradually extended to benefit all recognized denominations. Precise amounts allocated to local religious communities are not known, as no central tabulation is maintained.

It is generally estimated that around 200 – 250 million euros per year are allocated to recognized religions and secular humanism by the cities, provinces, and regions. The allocation of the funds among the different organizations lacks a legislative basis. So does the recognition process, as no criteria have been set by law: the admission of a new organization to the benefit of public subsidies is voted by federal Parliament (today the Chamber of Representatives). This lack of framework legislation has generated much criticism, and a reflexive process had been started by the minister of Justice, who ordered two commissions of experts to examine the issue in 2006 and 2009. Yet no reform came into being, and the subject appears to have left the political agenda.

Over the recent years, media and public authorities have given increased attention to the religious phenomenon. This is linked to safety concerns, fueled by terrorist attacks and the departure of many young people to fight in Syria, resulting in tight security measures in the streets of Europe’s capital. The fear of terrorism has increased already widespread anti-Muslim feelings, and anti-Semitism is also on the rise. On May 24, 2014, on the eve of national elections, a terrorist attack on the Jewish Museum of Brussels killed four people.

In this context, public authorities increasingly look at religion as a key factor in promoting harmony in a multicultural society. Inter-faith initiatives are encouraged, and State funding for religion is often seen as an opportunity to exert control over religious groups. Public authorities are also keen to foster the development of a “Belgian Islam”, a concept covering both the development of religious practices and exegeses that are fully compatible with modernity and democracy, and the selection of local clerics and religious authorities, trained in Belgium.

At the same time, conflicts surrounding the interpretation of secularism and neutrality of the institutions remain. Many people look towards the French model of secularism, and wish for the principle of “laïcité” to be inscribed likewise in the Belgian Constitution. This would provide a legal ground for adopting legislation banning the wear of conspicuous religious symbols by civil servants and maybe also in public schools. Currently, many public administrations have regulations banning religious symbols along with political statements, but such rules can sometimes be successfully challenged in courts of law on the grounds of discrimination. The minister in charge of public services has announced his intention to ban all kinds of religious, political or philosophical signs of affiliation by public servants, but has yet to come forward with a legislative proposal.

In November 2015, a new archbishop was appointed at the head of the archdiocese of Mechelen-Brussels. Archbishop Jozef De Kesel, unlike his predecessor, is thought to be a theological liberal, and many expect that his leadership will bring some kind of renewal to the Catholic Church in Belgium, while pope Francis is rejuvenating the Church from Rome. It is, however, very unlikely that the secularization process undergone by Belgium since the 1960’s can be reversed or even stopped.