Critical Theolinguistics vs. the Literalist Paradigm 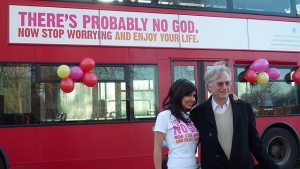 Even though “religion as the opiate of the people” is one of the oft-quoted (albeit occasionally misunderstood) tenets of Marxist criticism, nowhere in the 1,800 or so pages of Michael Toolan’s Critical Discourse Analysis (2002) can one find a study denouncing a use of religious discourse seeking “to shape people's perceptions, cognitions and preferences in such a way that they accept the existing order of things, [...] because they are made to value it as divinely ordained and beneficial.” (S. Lukes: Power: A Radical View, 1974). Theolinguistics is, then, called upon to fulfill a new critical mandate today, as the very status of religious language, i.e. the manner in which it is to be read, received, understood and believed has become an issue in a number of debates which have over the last few years captured much public attention and polarized opinion, opening a new battlefield in the culture war. Biblical, theological, literary and linguistic scholarship have offered insightful and well-informed answers to most problems of religious language; but even so, religious discourse (mainly, but not exclusively Christian) has remained a problematic and controversial topic. One reason for this seems to be that no theory of religious language, no matter how open-ended, can accommodate the full variety of religious temperaments.