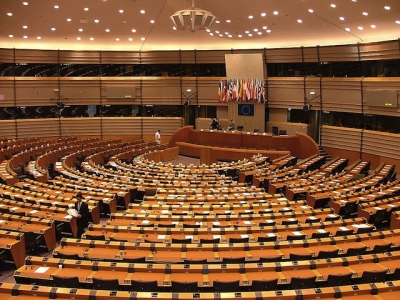 The purpose is to investigate the beliefs of the members of the European Parliament (MEPs) and what they do with these beliefs. Interviews were carried out with 167 MEPs during the term 2009-2014. Research questions include: Are European elites more secularized than everyday EU citizens? What effects does religion have on the political socialization of MEPs (cross-party structures, religious lobbies) and, conversely, what is the EP’s influence on religion? How do religion, coalition- and decision-making interact at the European level?

This analysis also aims to provide useful information on the socialization capacities of the European Parliament vis-à-vis its members by focusing on an aspect of the normative orientations of MEPs that has been the subject of very little study to date. Furthermore, the denominational dimension is a particularly key factor in understanding partisan formations in the European Parliament and possible divisions between old and new Member States. Finally, the religious variable provides an opportunity to investigate the way in which coalitions are formed, particularly in relation to those matters that continue to move higher up the EU agenda (the fight against discrimination; ethical issues; geopolitical stakes; the accession of Turkey, etc.).

In a nutshell, the RelEP survey highlights the fact that religion is still very national and depends heavily on the domestic history of relationships between Church and State, between the spiritual and temporal realms. At the European Parliament (EP), religion is neither a matrix framing individual or collective preferences nor a sufficient basis to mobilize. It remains a significant symbolic resource of distinction to build a political and media profile and to demarcate oneself from the competition. The most dramatic struggles concerning religion now occur more in the transnational public sphere than in the institutional space. In deliberative arenas and in decision-making processes, the occurrence of religion is discrete and elusive, but still tangible. It exists as a cultural background, a lobbying justified by the association of civil society to the definition of the public good in a participatory democracy, and the expertise attributed to religious and philosophical non-governmental organizations (NGOs) in terms of ethical affairs.

Religion as a political variable at the EP is most significant as a component of the policy process and as a secondary identity. It is not acceptable as a discourse of self- assertion and proselytism. It has to comply with the repertoires of action prevailing in Brussels: technocratic arguments relying on a knowledge of issues which suggests the ‘one best way’ to proceed; search for consensus in order to gather the largest coalition; respect of pluralism and relativism as all particularities have to be integrated and all normative preferences (identities, values) may have to be traded or at least downscaled. Against this background, the challenge for religious and philosophical entrepreneurs is twofold: first, to turn religious references into secular concepts capable of becoming conveyors of their values and purposes (for example, human dignity); second, to use  secular principles to promote their views, sometimes by emphasizing the religious roots of these concepts (for example, subsidiarity).

Interviews with MEPs offer evidence that religion does have an effect on the functioning of the EP. Interestingly, MEPs give more importance to it at the global level of the institution and for their counterparts than for themselves. To an extent, religion matters mainly for others. This is in congruence with the individualization of the way to relate to faith. Religious affairs are considered as too present or absent at the EP according to the personal religiosity and personal religious belonging of a given politician.

The effects of religion are rather conservative: it confirms existing belongings on the basis of nationality, political groups, denomination. MEPs are confronted with a greater spiritual diversity in Brussels and Strasbourg than in their national political life, and also experience different ways of relating to it; but at the same time they do not alter their own views on religion. There is no massive re-socialization under the pressure of European policy-making, but there may be adaptation to a new context and to new ways of formulating religious claims and references.

Individually, MEPs say that they take religion into account rather infrequently. They tackle it mostly as a policy issue, secondarily as a source of personal inspiration, and thirdly through interest representation. Most frequently, then, religion arises not as a result of choice but because it is there and has to be dealt with.

The assumption that the EP is besieged by religious lobbies is not confirmed by RelEP data. MEPs say that their contacts with religious interest groups are limited to a few times a year or a term; that is, less frequently than similar contacts at the level of national or regional Parliaments. The structure of religious lobbying (who speaks with whom) reflects the strength of national and denominational channels and issue networks.

Religion does not arise much as a specific policy issue, and MEPs do not support the idea of a full religious policy for the EU. It emerges most in connection with and invoked by questions of fundamental rights, culture and social issues. In short, both as an influence and an object of public action, religion is mediated by other matters.

However, religion has a clear role as a constitutive element of identity. MEPs are almost equally divided on whether there should be reference to the Christian heritage of Europe in the treaties, and they also consider that religion has an impact in the relationships of the EU with the rest of the world, and especially with Turkey.

As far as the personal beliefs of MEPs are concerned, we find that they present a profile of ‘cultural Christians’ largely comparable to that of the citizens they represent (with due caution because of the size of the sample and the frequent refusal to answer). A large majority claims a religious belonging, a lesser number state that they are religious persons, and an even smaller number that they are believers. The influence of their status as representatives could explain both a concern not to hurt the feelings of religious parts of the electorate, but also in some cases an outspoken atheism to assert a distinctive political identity.

MEPs display a clear attachment to separation between religion and politics, whatever institutional form such a separation may take. There is a consensus that there should be no religious influence on the selection of political rulers. Opinions are more divided regarding whether churches should make their voices heard on political options, as some countries with a pluralist tradition favor the free expression of all private interests in the formation of the public good and there is even less agreement on general principles when it comes to practical applications. On questions requiring arbitration between the neutrality of institutions or rules and individual freedom of choice (such as the right of a nurse not to perform an abortion), MEPs are polarized.

We could summarize by saying that while there is not a high potential for conflicts and cleavages on religious issues in themselves, there is a significant potential for the politicization of religiously loaded ethical or cultural issues.