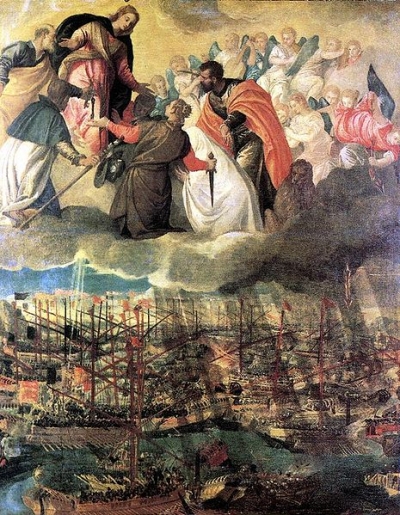 The growing opposition towards Islam has not been limited to a religious issue and should be related with other cultural traditions that have provoked the reaction of the most conservative sectors in Europe. We must highlight the progressive transformation of the urban landscape lived by the major European cities in which the Islamic elements have started to take part of the daily life.

If we only take the religion as reference, it would constitute a difficult task for the analyst to identify any element that may justify this confrontation, so we must refer to history and study the origin of this mutual rivalry. Following this historical explanation, we have to consider the colonialism as the event that caused the first rejection of the Islamic population towards Western culture that was regarded as responsible of the precarious situation lived in the Arab World. As response to this tense atmosphere, in the seventies several Islamic radical groups whose violent actions in Muslim countries were reflected years later in Europe, began to emerge due to the marginalization and the problems found to integrate their culture in the Western environment. The disaster caused by the terrorist attacks in Madrid and London, produced a sudden declaim of the European perception towards Islam, creating a monolithic vision of this religion related to the terrorist actions performed by jihadist groups. This new awareness has developed a general feeling in which the spread of Islam is considered as a menace for the European freedom, increasing the distance between secular society and Muslim population.

Consequently, although the Muslim population are still low in Europe, the demographic increase suggests that in the coming decades it will be possible contemplate a major presence of Islam in several parts of the EU, allowing the progressive islamization of the European structures. This alarm addressed the lost of identity of the European culture, is based in the strong influence that Islam maintains on its faithful. Hence we can appreciate how the life of Muslim community is conditioned by their beliefs, adopting a way of life far from the secular understanding adopted by the contemporary Western society. In general, the European population has opted to leave the religious issue as secondary role, according to the pragmatic position developed in the secular environments. However, this spiritual interpretation assumed by Islamic community has led them to gathering enough force to spread their religion and their culture in the European sphere, providing a faith element that has faded in the society of Christian origin.

There are several arguments that can explain the growing Muslims intensity of faith, as opposed to Christians distancing toward spirituality. Among them we should emphasize the socio-economic evolution and especially the prosperity lived by the European countries since the sixties, while the precarious situation in the Arab countries forced the large part of the population to emigrate. As consequence, the Muslim presence in Europe found a general negative response, which drove them to seek hope for the future in their religion. At the same time the Islamic community tried to show its identity with this attitude, claiming their rights and their integration inside Europe. This reality is particularly interesting among the second and third Muslim generations born in Europe who express their Islamic identity as feature that sets them apart from the rest of society. Thus, many of them have adopted a way of life close to the Islamic principles, reflected in the recent years in their clothes and approach to the mosques.

The European authority's indifference to the Muslim presence in the EU led to increase the confrontation and the emergence of radical groups in both communities. This situation has extended the problem to other less militant circles as consequence of the pressure exerted from the different governments and the media. They started to observe the new climate of tension as a menace for their particular interests. So, the traditional European population have developed a general rejection that has led Muslim moderate sectors to defend their own rights enhancing mutual animosity.

Therefore, we find several factors that have contributed in creating the phenomenon that we know today as islamophobia. Between these elements, we must highlight the failure of the governments in the integration policies that were delayed until nineties. As consequence, the Muslim population remained in marginal ghettos for decades, because their presence was considered temporary and far from the European reality. Thus, the lack of interest showed by the authorities allowed the progressive implantation of the most traditionalist Islamic trends that spread their anti-western discourse between the Islamic communities. The appearance of this powerful movements resulting in the emergence of several groups whose ideology were close to a distorted interpretation of the sacred texts, giving rise to the radicalization influenced by the jihadist international networks. At the same time, the foreign policy followed by most of the European States towards Afghanistan and Iraq war as well as their position respect to the Palestinian Causes, have contributed to fuel the confrontation. Consequently the fear has led the relevant sector of the European people to reject everything related to Islam, while the growing Muslim society continues to look for their own place inside EU.

Given the reality described, we can assert that we are facing a difficult problem to solve, because while secular population considers Muslim lifestyles as a delay in the progress, the Islamic community seeks to emphasize these differences as a way to maintain their uniqueness, trying to consolidate their traditions in Europe progressively.