Religious lobbying at the European level: strengthened and professional 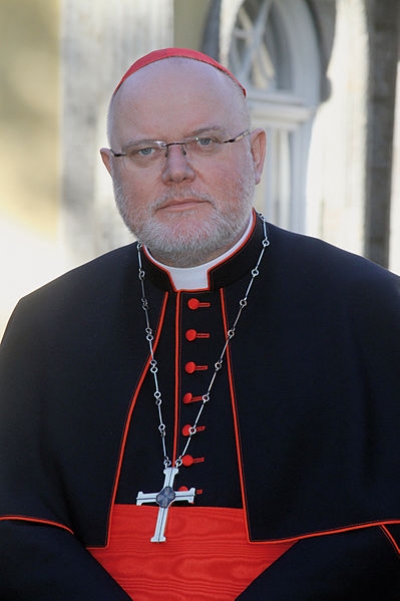 Kardinal Reinhard Marx, president of the Commission of the Bishops' Conferences of the European Community Wolfgang Roucka

In recent years there has been an appearance – or re-appearance to some accounts – of ‘religion and politics’ at the European level, exemplified by the recurrent meetings between the Presidencies (Commission, Council and Parliament) and European religious leaders. Some consider these events as indications of the growing power of religious actors at the European level but wrongly conflate power with visibility. This article wishes to amend these interpretations and point to the shifts in organizational behaviour of the two central religious lobbies, COMECE and CSC, which have led to more pro-active and visible organizations. It also seeks to contextualize the role of religion at the European level and to discuss the consequences of article 17 for the future of the relation between religion and politics in the European Union.

Rough estimates place the number of religious and humanist organisations present in Brussels at 64, not all of which are very active or operate professionally. Many consist of one single volunteer who observes European politics and policy-making, reporting back to his organization’s members. Others operate as discussion platforms and invite European officials to clarify elements of European policy-making but offer limited or no relevant feedback. Still others gather officials from all institutions around a common faith and discuss religion or the relation between religion and politics, with little direct policy focus.

Ultimately, the number of true religious and humanist lobbies – organisations which try to influence policy formulation and decision-making processes – is limited to a very small number. On the side of the Catholic Church, COMECE (Commisio Episcopatuum Communitatis Europensis), the representation of the European Catholic Bishops’ Conferences, is the central organization. Protestant, Anglican and Orthodox Churches gather in CSC (Church and Society Commission), a substructure of the Conference of European Churches (CEC), even though the German protestant evangelical federation EKD (Evangelische Kirche in Deutschland) has its own bureau and most Orthodox Churches have opted to open their own representation, namely the Greek, Cypriot, Russian, Romanian Orthodox Churches and the Ecumenical Patriarchate. While EKD closely cooperates with CSC, Orthodox representations more than often work in opposition to CSC. National humanist groups are bundled in the European Humanist Federation (EHF).

Even though a number of new religious lobby groups have been created in recent years – e.g. Catholics for a Free Choice and Scientology – none of them have so far reached the standing/reputation, the professionalism and the extensive network of the three mentioned before. All three (COMECE, CSC and EHF) have a long tradition in Brussels and have co-shaped the relations between the European institutions on the one hand and religious and humanist organisations on the other, CSC and COMECE in search of more cooperation between ‘Church’ and ‘State’ and EHF in opposition to these endeavours.

The relative success of Church lobbies – article 17 of the Treaty can be considered as the culmination of their lobbying activities – is not solely a consequence of their power which, if defined as financial largesse and organizational size, has some but not full explanatory value but as much and even more a consequence of their (incomplete) adaptation to how the European Commission, wishes third party actors to behave.

Of course, an annual budget of around 1 million euros makes both organizations big in comparison to a lot of civil society organizations. Nonetheless, both organizations have over time professionalized their secretariats:  they created expert groups preparing input; they attracted professional employees with a thorough knowledge of the European institutions and they became more EU-centred than self-centred. The focus shifted to the development and provision of expertise, information, support and legitimacy. Church expertise and information were not of a theological or theoretical nature but practical in intent: Church lobbies invite (Church) experts on social issues, environmental issues or research to have meaningful in-depth discussions with the relevant directorates within the European Commission. By learning to act pro-actively and constructively, Church lobbies have indicated to the Commission that they are willing to offer the professional expertise and information these institutions require.

The Church lobbies’ willingness to contribute to European policy-making has been greatly helped by the acceptance of article 17 of the Treaty of Lisbon. The article, which consists of three paragraphs, is important on two accounts. Firstly, it obliges the European institutions to respect national Church-State relations, in effect accepting subsidiarity as a central principle in matters relating to Churches and religious communities. The precise paragraph reads: “The Union respects and does not prejudice the status under national law of Churches and religious associations or communities in the Member States.” Secondly, the article officialises what had hitherto been unofficial: Churches, religious communities and non-confessional organizations obtain an “open, transparent and regular dialogue” with all European institutions.

Especially the latter paragraph is no less than a culmination of lobbying by CSC and COMECE and their main focus of the period between 1998 and 2005. European institutions, and in particular the European Commission, had developed unofficial relations with different Churches and, to a lesser extent non-confessional, lobby groups since the early eighties. Such relations consisted of, inter alia, bi-yearly dialogue seminars, meetings in which a theme of joint interest were tackled by Commission officials and Church delegates and experts. The Commission official responsible for relations with Churches, religious communities and non-confessional organizations, a position created in 1982, equally invited them to seminars and briefing sessions within the Commission.

From a Church perspective, however, these meetings were too irregular, too limited in ambition and output and too uncertain. In essence Church lobbies were dependent upon the will of the European institutions, and in particular that of the individual Commission officials and Commissioners. Hence, Church lobbies, at first hesitant but from 1998 onwards at full power, sought to officialise – i.e. strengthen, deepen and widen – their relations with the European institutions.

Their main lobby activities in the run-up to the European Constitution were therefore not directed at a reference to God and the Christian heritage, which was left to individual religious dignitaries and Christian groups, but at securing a dialogue, an ambition which was fulfilled by article 17, an article which passed the several renegotiations of the Constitutional Treaty unscathed.

Even if Church lobbies have been unsuccessful in different policy fights so far (e.g. in the field of research where stem cell research remains to be funded), article 17 can have considerable repercussions on the chance for success of religious actors at the European level. As the article is currently being fleshed out, several issues are of relevance for future scrutiny and analysis.

Firstly, the extent of paragraph 17.1. What does “the status under national law” precisely include and is there ground for? For instance, the constitutional prohibition of abortion – often phrased as respect for human dignity – is in different member States closely linked to the dominant (and in many cases constitutionally entrenched) denomination. Is that however subject to this article provision? What with education (e.g. the choice to opt out of religious classes), health care (e.g. euthanasia), research and development (e.g. stem cell research)? Is this provision inclusive or exclusive of these matters? Church lobbies seem, unsuccessfully so far, to argue for an inclusion of them under the banner of this treaty provision. Equally, the EU has made ‘anti-discrimination’ a central tenet of its functioning. Does paragraph 17.1 imply that discrimination measures automatically exclude Churches and religious communities or will religious actors have to continue to seek exemptions for all anti-discriminations measures the European institutions propose and impose?

Secondly, and to some extent more importantly, the content and consequences of paragraph 17.3. The article is similar in wording to another treaty article which is aimed at civil society – which begs the question why Churches and religious communities need an individual article – and in line with the Commission’s ambition to strengthen its deliberative/participatory pillar. However, the process of fleshing out the article – dialogue with whom and with what goals? – remains cause for close observation. Will the dialogue be held exclusively with religions (meetings with humanists have been second-order and less regular) and to what extent is the Commission indiscriminate in its selection of dialogue partners? The latter raises two (opposite and even contradictory) questions. Firstly, does the Commission only select partners which, in its estimation, can offer added value for its functioning (information, expertise, support), i.e. the most professional with an army of experts, or does it level the playing field for all interested actors (with similar access points and opportunities)? Secondly, will the European Union include or exclude controversial religious groups such as the Church of Scientology and other financially well-endowed sects?

In conclusion, it can be stated that interesting times lay ahead for analysts of religion at the European level. Not only is the content of paragraph 17 being formulated at this moment, a number of new – and less transparent – organizations have been strengthening their profile in response to the potential of paragraph 17.3. Moreover, several recurrent debates – such as the new round on research budget – will obtain a (semi-)religious dimension with a reference to paragraph 17.1. It remains to be seen whether and if religion will make a full entry at the European level.