Should We Give Up Speaking about Religion? 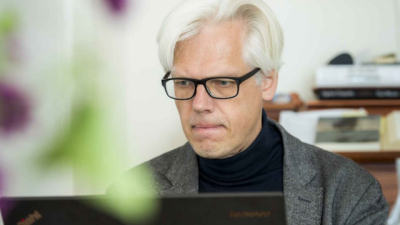 In 1982, a scholarly maverick, the immensely influential American professor for the history of religion at Chicago University, Jonathan Z. Smith, herostratically wrote: “There is no data of religion. Religion is solely the creation of the scholar’s study. It is created for the scholar’s analytic purposes by his imaginative acts of comparison and generalization. Religion has no independent existence apart from the academy.” Contrary to what I think was Smith’s argument, other scholars have taken him to endorse the view that religion is a social construction only, without bearing outside the academy. It is by current academic convergence of opinion only that religion exists.

In recent years, the view has gained further support especially in the North-American and British study of religion milieu. Scholars like myself occasionally experience academic ‘stigmatisation’ (usually in the form of being ignored, or passed over in silence) at conferences, when using the prohibited ‘R-word’. However, I have not met scholars in history or philosophy levelling similar critique against their disciplines and the names assigned them despite the fact that they could level corresponding criticism against their fields (modern scholarly concepts of philosophy and history differ also noticeably from ancient uses). This, I think, should give food for thought for those advocating the view and have them consider whether other interests are at stake in the argument.

I have two queries about the position. The first one is rather mundane, but its importance should nonetheless not be underestimated. It may be difficult for scholars of religion to persuade future politicians and taxpayers to support departments devoted to the field, if the practitioners of the discipline not only think that the concept adhered to is fallacious but also that the phenomenon studied is a modern invention without bearing outside academic circles. I acknowledge a certain cheapness in saying this, since it does not touch upon the burden of the argument, which could be true irrespective of the future financial institutional situation.

Second and argumentatively constituting a weightier objection, I think the position is fallacious in terms of philosophy of science. Certainly, our understanding of religion as a concept rests on a convergence of opinion, but this is not specific to religion. In fact, I consider it trivial. Any word rests on convergence of opinion. Alternatively, we would not be able to communicate with each other. Only based on partly shared semantic habits can we understand each other. If the argument, however, is meant to denote the alleged self-referentiality of the concept, it is not only nugatory but also self-contradictory. Similarly, the criticism levelled against the concept for being modern is a trite objection. How else could it be?

Obviously, it takes epistemic schemes – expressed by symbolic means in language as in concepts – to perceive the world clearly and not as blurry chaos. Yet, that does not mean that the world only come into existence due to linguistic acknowledgement. Such a contention is outlandish. Mountains and genes exist irrespective of, whether we have a concept of them or not. Contrary to things belonging to the natural world, though, the level of noise is enhanced considerably, when it comes to the social and cultural world. This is because we as humans continuously forge our understandings of the world.

The fact, however, that current definitions of the concept ‘religion’ are different from those of the 18th or 19th centuries, and that even today among scholars we have diverse ways of defining the notion, should not make us comatose or apathetic, let alone lead us to dismiss the category. When scholars argue that ‘religion’ is a modern concept, the point is self-evident. Prior to incipient modernity, religion and culture coalesced, but so did many other things which today we consider and conceptualise as semi-autonomous spheres of life such as for example the political, the economic, the judicial, the entertainment, and the erotic realms of life.

Sociologists like Émile Durkheim and Max Weber understood modernity and secularisation to be the differentiation of culture elicited by processes of independensisation into such distinct and partly separate life forms. Hence, a concept of ‘religion’ could not evolve prior to the situation in which one could see religion as a phenomenon distinct from the remaining spheres of culture.

It seems to me that critics of the concept ‘religion’ demand something which no concept can possibly grant them, a 1:1 relationship between word and thing, epistemology and ontology. Our relationship to the world is mediated by language. The term ‘money’ is not the same as the element referred to by the concept, just as no specific coins are identical with the genus conceptualised by the notion ‘money’. Again, I really do not see the problem. Concepts do not aspire to reflect the world directly. They are symbolic elements enabling us to see things, which otherwise we would be precluded from seeing and talking about. In this sense, there is no difference between money and religion or any other concept.

Ultimately, I think the argument of the critics of religion as a concept undermines itself. How could one say that ‘religion’ as a concept did not exist in pre-modern culture, if one does not have a tertium comparationis allowing one to make the comparison? How could one possibly argue that ‘religion’ as a phenomenon did not exist in pre-modern forms of religion without a conceptual point enabling one to see what supposedly is not there? In other words, it takes a concept of ‘religion’ to argue that a concept of ‘religion’ is erroneous. Does that seem self-contradictory? I think so. So what about Smith and his contention that no data of religion exist?

I agree with critics of the concept of religion that the notion did not exist in the ancient world, but contrary to them, I consider this point banal. It takes modernity to acknowledge the contours of ‘religion’ as something different from other parts of culture. It also takes a modern concept of ‘male-chauvinism’ to see its prevalence in other world void of the notion. This, in fact, is Smith’s point. Religious data come into existence on the ground of a scholarly concept of religion enabling one to see what we otherwise would not see and study. Should we abandon the name of our discipline? Certainly not, but we need to hone our abilities in philosophy of science to realise the inevitability of using conceptual language, just as we continuously need to refine our understandings of the scholarly categories we use, unless we fall victim to platitudes and prejudicial thinking.