Anti-Choice Religious Groups and European Institutions: A Reframing of Language 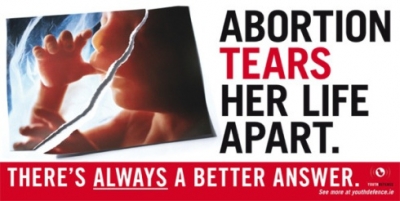 Numerous radical religious groups are active at the European level where they attempt to influence political leaders on issues such as Sexual and Reproductive Health and Rights. Those who refuse their hard-line agendas refer to these organisations, which usually call themselves “pro-life”, as “anti-choice”. There has been a recent change in the way these “anti-choice” organisations express their views on ethical topics: a previous focus on emotions has given way to an increasingly ‘rational’ message. The new conservatives have appropriated values related to democracy and human rights to find a new means of building a sense of legitimacy for their discourse.

Although their membership is hard to estimate, anti-choice organisations have been politically active for decades in various European countries. A large majority of them are Christian, mainly Catholic. They are not always strictly structured, but are increasingly connected to each other. Many can be referred to as Catholic mainstream movements; some of them belong to the ecumenical traditionalists who refuse the reformation of Vatican II; and a few “ultras” have relations with extreme-right organisations. The actions of anti-choice organisations are focused on the different levels of the European political structure: Parliament, Council, and Commission. The anti-choice organisations are also highly visible on the Internet, through websites and blogs such as “The Turtle Bay Blog and Beyond.”

A large number of these groups subscribe to the “San José Articles”, a document that reflects their position on Sexual and Reproductive Health and Rights and redefines biology according to their political aims. This last trend is remarkable from the very first lines of the document: “Article 1: As a matter of scientific fact, a new human life begins at conception; article 2: Science gives different names to (…) stages [of development], including zygote, blastocyst, embryo, foetus, infant, child, adolescent and adult. This does not change the scientific consensus that at all points of development each individual is a living member of the human species”.

Accordingly, the San José articles, signed by professors, diplomats and politicians, such as French former Minister of Housing and Urban Affairs Christine Boutin, deny the right to abortion. They demand the Universal Declaration of Human Rights be applied to the human embryo. The authors’ main concern relates to the discourses in favour of free access to abortion on account of, amongst other fundamental rights, non-discrimination: “There exists no right to abortion under international law, either by way of treaty obligation or under customary international law. No United Nations treaty can accurately be cited as establishing or recognizing a right to abortion.”

The main issue now at stake regarding the activity of extremist religious groups is an increasing sophistication of communication and an obvious reframing of language. The bloody pictures of aborted foetuses are not the only means by which anti-choice organisations express their views anymore. As the writers of the “Turtle Bay” blog introduce their work, they claim an intention to “explore an authentic understanding of international law, sovereignty, and the dignity of the human person.” Moreover, their aim is to “expose those who would seek to impose a radical social vision that is contrary to these principles.” Simultaneously, with the former ‘horrific’ approach, new conservatives claim to stand up for family, life, dignity, religious freedom and freedom of conscience — all values that one would hardly oppose. Of course, each of these concepts is tightly defined: “Family” can only be composed of one man and one woman. The respect of “life” supposes the refusal of abortion under any circumstances and the suspicion about or rejection of almost every means of contraception. The “freedom of religion” implies the freedom of imposing one’s religious choice to someone else’s will. It rarely includes the possibility of not belonging to any religion.

A typical example of this new positive approach is the “One of Us” initiative, which raised almost 1,9 million signatures in Europe. The aim of that initiative is to prevent any European funding for research involving the destruction of human embryos, including research using human stem cells. Secondly, according to the promoters of “One of Us”, the European politics of development should not include a free access to abortion for women who think they need it, as part of Sexual and Reproductive Health and Rights. The initiative is not presented as a Catholic project, but rather as a process emanating from European citizens. However, “One of Us” was launched in the Vatican City in May 2012 and greeted a few months later by Pope Benedict XVI alongside the “Movement for Life”. Involved in the launching of the “One of Us” initiative were groups such as the Neocatechumenal Way, the Focolare Movement, the Catholic Action, and the Renewal of the Holy Spirit.

The tone of the new conservative’s discourse tends to be increasingly characterized by a sense of victimization: European Christians, reduced to a “silent minority”, would bear different manifestations of “Christianophobia” due to the subversive activity of “aggressive secularists”. The Observatory of Intolerance and Discrimination Against Christians is a materialization of that typical defensive position. This NGO, registered in Austria, produces reports that index “legal restrictions affecting Christians” and “cases of intolerance and discrimination against Christians” in various European countries. In another publication promoted by the Observatory on its website, “Censored”, the author, Paul B. Coleman, explains how some European laws meant to protect groups and individuals against “hate speeches” would be threatening freedom of expression, notably the case of Christians expressing their views on homosexuality. As the Observatory proudly displays on its websites, the organization is a member of the Fundamental Rights Platform of the EU – Agency for Fundamental Rights. The FRP is the channel for cooperation and information exchange between 300 civil society organisations working on various fundamental rights across the European Union. It includes structures such as Human Rights Watch and Amnesty International.

To conclude, we must underline the change in language and attitude within the anti-choice movement. If the emotional approach is still popular, especially on certain websites and blogs, it coexists with a more rational-like process, based on the rallying of the core-values of democracy, on the gathering of authoritative voices (scholars, politicians, legal experts…) and on the integration of the institutional structures. These global changes in communication tend to increasingly blur the lines of public debate over ethical issues.