Secularism in the United Kingdom 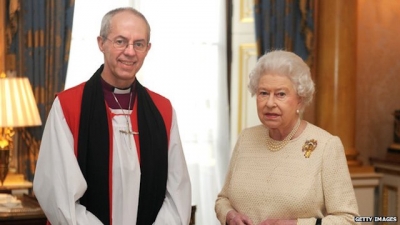 A country, which has two established churches, the Church of England and the Church of Scotland, does not seem to be a propitious setting for secularism to flourish. To this point can be added a number of other matters that seem to be inimical to the idea that secularism can prevail in the United Kingdom. There is, for example, the fact that large numbers of State schools in the present day continue to have partly religious foundations, historically once solely Christian or Jewish but now also including the Muslim, Hindu and Sikh faiths. Equally there the fact that one of the established churches, the Church of England, has the legal right, which it exercises, to have bishops and archbishops as members of the House of Lords, one of the two chambers of the United Kingdom Parliament.

The United Kingdom Parliament itself starts each day with Christian prayers.  Shopping on a Sunday, for many Christians a special day of rest, whilst easier than it once was is still restricted by law. Religious holidays such as Christmas and Easter remain protected by law. Similarly, long-established laws enable various Christians to celebrate religious marriages which are fully recognised by the State. Popular public broadcasting on both TV and the radio continues to carry regular, frequent religious programmes. The monarch, who is head of the Church of England, cannot be a Catholic. On this and a whole series of other levels the nature of daily life in the United Kingdom seems to be a rebuke to the idea of a secular society.

It is undeniable that the United Kingdom has a history which lies in Christian antecedents, something which the law demands must be taught in lessons in State schools that are mandatory for most children. Nevertheless it is clear that secularism in fact has increasingly become the norm for the United Kingdom.  Thus, for example, attendance at most churches, including the established churches, has dropped year on year for decades. Marriages once were in the main religious ceremonies but civil services are now the choice of the majority. Less than 30 per cent of marriages in England and Wales are now religious ceremonies.

State schools with a religious foundation continue to exist in the United Kingdom as do privately run religious schools. Parents are under a legal duty to ensure that their children have a full-time education. In most cases this is done by sending children to school — although schooling at home is legally permissible. There is, however, no requirement for parents to send their children to State schools, whether religious or otherwise. All schools that provide a full-time education are subject to inspection by the State and may be closed if they failed to meet criteria set out in statute.

In recent years there has been increasing controversy about the place of religious schools in both the State and private sectors. Some have argued that religious schools are, by their very nature, divisive and thus do not promote a cohesive community. Others have argued that religious groups need to educate their children in a manner that is in keeping with the beliefs of their religion. They have gone on to argue that State inspection of religious schools can become a way of imposing what are seen as being mainstream values on religious minorities — something which is inappropriate in a multi-cultural society.

The political idea of establishment of churches has waned over the years. The Church of England’s beliefs were once protected from ridicule by the law of blasphemy but this has now been abolished by statute. Prime Ministers used to make decisions as who to recommend as a bishop of the Church of England but now receive only one name from the Church to pass on to the monarch. Much more than this, however, religious argument has largely disappeared from public discourse. As long ago as the 1990’s when the Church of England sought to prevent the liberalisation of laws relating to shopping on Sundays it raised arguments about the need to protect family life rather than theological claims about the special nature of the Christian Sabbath. Religious argument will only convince the religious and those who truly and deeply believe are now, and have for some time, been in the minority.

The State does not provide direct financial support for any churches in the United Kingdom, including the established churches. However, historically tax regimes have been relatively favourable towards churches at both a national and a local level. Thus, for example, places of public religious worship are exempt from the council tax, the system of local taxation currently used in England, Scotland and Wales. Churches also receive a range of financial and other benefits if they register themselves as charities. Historically there was a presumption that religion was for the public benefit and that particular religious institutions could therefore be registered as a charity. More recent approaches have not included this automatic presumption. Nevertheless, notwithstanding this distancing, there is no doubt that the State does continue to accord a degree of financial advantage to most churches.

A secular United Kingdom should not be confused with an atheist United Kingdom. The number of those who described themselves as having no religion did increase significantly between the 2001 census and the 2011 census with 14.1 million people (14.8 per cent) in England and Wales saying that they had no religion.

Nevertheless in the 2011 census a small majority still declared a religious affiliation. 33.2 million people (59.3 per cent) in England and Wales identified themselves as being Christians, this being a decrease on the 2001 census when 71.7 per cent of respondents had said that they were Christian. Muslims were the biggest non-Christian religion with 2.7 million people (4.8 per cent), this being an increase from the 3.0 per cent of respondents who had said that they were Muslim in the 2001 census.

Some have argued that in the modern era believing and belonging in the United Kingdom are separate matters (Davie, Religion in Britain: A Persistent Paradox, 2015). Following this view religion can still be seen as being a potent social force even if institutional affiliation is in decline. However a range of recent surveys have indicated that the majority of the population view religion as being of little importance in their everyday lives. Religiosity does not typify most people in the United Kingdom (Voas and Crockett, “Religion in Britain: Neither Believing no Belonging”, Sociology, 39 (1), 2005). Instead indifference towards a god, gods or even the nebulous and numinous characterises the prevailing climate. Life for the majority is lived without an explicit backdrop of religious values.

Thus, for example, in Northern Ireland in the 2011 census a much greater percentage of respondents declared a religious affiliation than was true in other parts of the United Kingdom. 42 per cent of respondents identified themselves as being Protestant or Other Christian denomination whilst 41 per cent identified themselves as being Catholic. By contrast with the rest of the United Kingdom only 17 per cent had either no religion or no stated religion.

A very small minority of churches in the United Kingdom continue to grow. Between 2005 and 2015 it has been estimated that the Pentecostal churches grew by 22 per cent whilst the Orthodox churches grew by 7 per cent. However these churches are in themselves small with an estimate of 529,594 and 354,839 members respectively for 2015. By contrast the same survey showed that one of the two established churches in the United Kingdom, the Church of Scotland, had a 25 per cent drop in membership between 2005 and 2010, giving it a membership of 415,000, a figure that has continued to decline since then.

Moreover even those areas of the United Kingdom, which report relatively large numbers who affiliate themselves with religion nonetheless show high levels of decline in such affiliation. Thus, for example, Northern Ireland has seen a 12 per cent decline in church membership between 2005 and 2015. Continued immigration into the United Kingdom brings with it fresh religious voices. Thus, for example, Polish immigration has resulted in larger numbers of Catholics in the population. However these increased numbers have only a small impact on the overall picture of decline.

The majority of people in the United Kingdom, an increasing majority, manage their lives quite satisfactorily in their own view without troubling themselves with religion. Those who live lives which are based on religious precepts are increasingly in a minority. The United Kingdom in the twenty-first century is secular and there is no compelling reason to think that this will change in the foreseeable future.